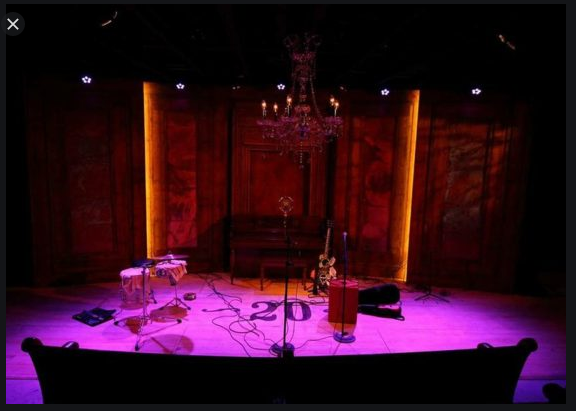 Scott Loudon, Co-Owner and Creative Director of the 92 seat venue Twenty Front Street in Downtown Lake Orion, MI tells us how he and his partners are working to bring national and local artists into an intimate concert space where they produce high-quality video of each performance as they push to be the midwest version of Austin City Limits.

Scott Loudon, Co-owner & Creative Director, 20 Front Street  We are owned, we are six families actually that joined together to do this.  I would definitely say from a place of love.  We all have like a passion for artists, and Alan Goetz first had the idea he lives in Lake Orien.  He saw that building and he went on a men’s retreat with Kensington Church, and he kept thinking about the building.  And so, when he got home, he called his mentor and said, hey, can you meet me at this building?  And they kind of prayed and said, should we do this?  Alan said, you know, should I, should I do this?  And he did, and the next day I got an email from Alan saying he was interested in working with me on it too.  And then this other partner Jay happened to be at the Goetz house that day taking voice lessons.  And oh, where’s Alan?  Oh, he’s looking at this building with this guy Scott, oh.  So, he came over, bam, he was a partner.  And then a few days later we were in a cafe talking about it, and a guy named Mike Linc, that guy’s name was Jay Richardson.  And then a few days later, a guy named Mike Linc overheard us talking about it in a cafe and said, hey, if you ever need any investors, I’d love to invest.  And then another guy that Alan works with was a graphics guy and web designer, Brian Lowe, he came on board to do all that stuff.  And then probably like a year later, Kevin, who books all of our stuff and does an incredible job, Kevin Bessert he came on board.  So, it was kind of like a pretty organic but very fast assembly of the team, and then of course it took a year for us to build it.

Will Glover  Now you have this lush venue that has, you know, a great light palette and just a wonderful space for artists to perform.  And that really lends to the video production that you guys have going for these performances.  Which is something that is not only hard to achieve, but not often seen at quite the levels of production that you guys are reaching.  So, tell me a little bit about what made you guys want to pursue this level of production and video producing and how has that been going so far?

Scott Loudon, Co-owner & Creative Director, 20 Front Street  Yeah, the venue itself is designed kind of like a control room meets an amphitheater.  So, it’s like the control room of a recording studio, so the idea was like, wherever you’re sitting in there, it’s going to sound great.  So, there’s non-parallel walls in there, the walls kind of shape so that the sound kind of loops into the middle of the room, and there’s bass traps in the back corner.  So, a lot of recording studio principles, but then we had the brick defused too, which is a recording studio principles.  So, some of the brick sticks out, then when you light it up, it just creates this a really amazing dimension visually.  And so, in the front of the stage is kind of shaped like an amphitheater.  So, it’s like almost like the inside of a guitar and acoustically in the sounds just flowing into the room.