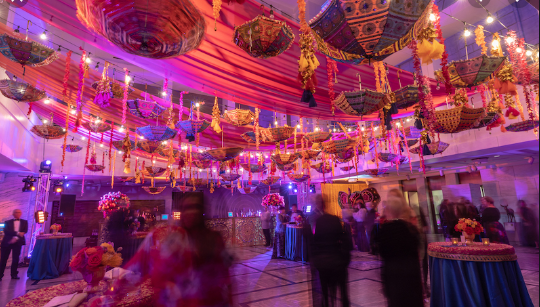 There’s plenty to do in metro Detroit this month. In November, Grammy Award-winning singer Celine Dion comes to Little Caesars Arena, the Detroit Institute of Arts hosts its annual gala, and comedian JB Smoove performs standup at Sound Board at MotorCity Casino Hotel. Scroll down for more exciting arts and entertainment events.

The highlight of the Detroit Artists Market’s fifth annual fundraiser is the original works of art by 10 artists. The event also features an art auction, live music, and a strolling supper. Nov. 2. $100. The Detroit Club, 712 Cass Ave., Detroit; 313-832-8540; detroitartistsmarket.org

Did you know that before his breakout role as George Costanza on Seinfeld, Jason Alexander did a stint on Broadway? With a mix of showtunes, comedy, and audience interaction, the actor, singer, comedian, and director goes back to his theater roots to tell the story of his journey to fame — where stops along the way also included a role in Pretty Woman and a gig voicing the lead character in ’90s animated series Duckman. Nov. 2 and 3. $32+. Orchestra Hall, 3711 Woodward Ave., Detroit; 313-576-5100; dso.org

The Joffrey Ballet is one of the world’s most renowned dance companies. The ballet’s latest show, Beyond the Shore, will be set to electronic orchestral music by Mason Bates. Nov. 2 and 3. $35+. Detroit Opera House, 1526 Broadway St., Detroit; 313-237-7464; michiganopera.org