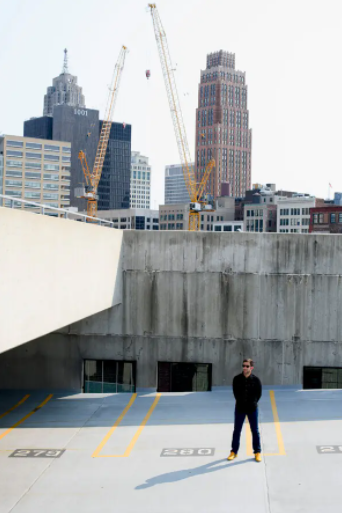 Yuval Sharon, who has established himself as perhaps the most innovative opera director in the United States through his experimental Los Angeles company, the Industry, has been named the next artistic director of a more traditional outfit: Michigan Opera Theater in Detroit.

This Chicago native, 40, who won a MacArthur “genius” grant in 2017 and became the first American to direct a production at the Bayreuth Wagner Festival in Germany in 2018, will take over immediately, offering his first production — Wagner in a parking garage — next month. Over his five-season contract, he will plan four to six stagings a year at and around the Detroit Opera House, directing at least one himself each season.

“With everything else going on, it just wasn’t the time to withdraw from the world and go off into a tranquil, peaceful, reflective mode,” said Mr. Sharon, who had planned to spend this year on a writing sabbatical in Japan before the coronavirus pandemic intervened. “Detroit feels like the right city and the right company to help model what opera might look like for a 21st-century city — and country.”

Mr. Sharon will be the second artistic leader of Michigan Opera Theater, a relatively nimble company with a budget of about $15 million. It was founded in 1971 by David DiChiera, who served as chief executive until 2014 and artistic director until 2017, and made efforts to engage Detroit’s Black community and program new work.