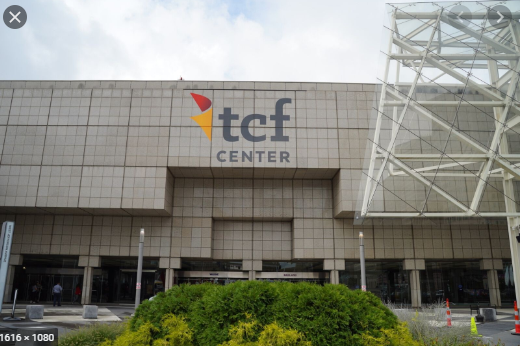 The Detroit Office of Arts, Culture and Entrepreneurship and the Detroit Regional Convention Facility Authority Art Foundation are calling for artists nationwide to submit proposals for a large-scale public sculpture to be placed in front of the entrance at TCF Center.

Artists are invited to submit concepts for a permanent sculpture that will become a part of TCF Center’s public art collection. Hubert Massey, Robert Sestok, Tyree Guyton, Carl Milles, and Gilda Snowden are other artists whose art is featured in TCF Center’s collection.

“The city’s goal is to celebrate and support arts and culture across the city, in the neighborhoods, in a way that Detroit deserves,” Rochelle Riley, director of Art and Culture for the city, said in a press release. “We are a city where the arts are a way of life. That has been true for so long and will be true forever.”

The city seeks to use arts and culture to foster opportunity within neighborhoods, according to the press release. The sculpture will bear the names of founding donors for the City of Detroit Arts Fund, which will accept donations to support artists in Detroit.

“Our hope is that this piece will highlight our great city’s culture, achievements and strong spirit of innovation and design,” Larry Alexander, DRCFA board chairman, said in the release. “The sculpture will welcome Detroiters and the nearly 1.4 million people who visit TCF Center annually.”

The winning proposal will receive $250,000 to bring the concept to life, and the chosen artist will receive an additional $50,000. Interested artists must attend a mandatory meeting at TCF Center on March 1 if they would like to be considered. Artists should send an RSVP for the meeting by Feb. 28 to arts curator Maureen Devine at mdevine@drcfa.org.

Source: Artists nationwide are invited to submit proposals for a sculpture to be placed outside TCF Center | The Scene