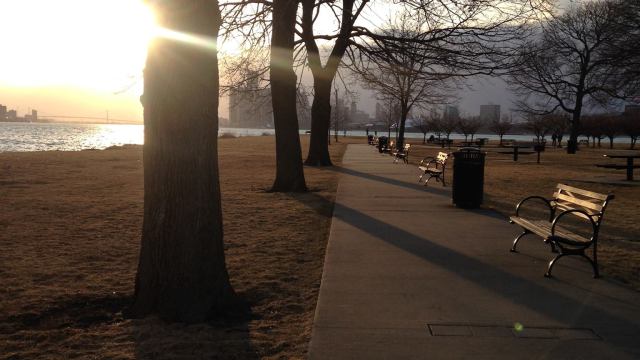 A partnership between the U.S. and Canada is encouraging people to use bikes to explore both sides of the Detroit River.

Those involved are releasing a so-called vision map Sunday about connecting emerging greenways, trails and bike lanes that can be used by pedestrians or bicyclists.

Organizers say that they hope greenways of southwestern Ontario and southeastern Michigan will be linked by a bike lane on the Gordie Howe International Bridge across the Detroit River. The Canadian-financed bridge is scheduled to open in 2020.