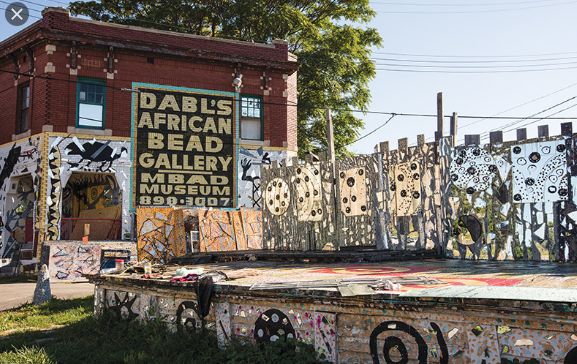 Metro Detroit is home to a growing community of Africans from countries all across the continent. Though not as visible as Polish culture in Hamtramck or Arab influences in Dearborn, African cultures abound in metro Detroit, making it easy to sample the richness of the continent right here at home.

Seydi Sarr, a Senegal native and executive director of the African Bureau of Immigration & Social Affairs (ABISA) in Detroit, says the city attracts a steady flow of African immigrants from larger metropolitan areas such as New York and Washington, D.C., who come here to settle down, raise families, and establish businesses. As of 2000, there were nearly 17,000 African-born people in Michigan. By 2016 that number had risen nearly 63 percent to a little over 27,000, according to the U.S. Census. More than half of the state’s African-born population at that time lived in the Detroit-Warren-Dearborn area. They represent a diverse mixture of people who hail from Senegal, Guinea, the Democratic Republic of Congo, Uganda, Togo, Cameroon, the Ivory Coast, and elsewhere, says Zaini Itito, a Togo native who serves as shelter and client services manager at the nonprofit Freedom House Detroit, a temporary home for asylum seekers.

“It’s definitely diverse, because you have Senegalese, you have Gambian, you have the Ivory Coast, you have Benin, you have Togo, you have Mali, you have Nigeria, you have Uganda … you have Burundi in here. It’s very, very diverse,” Sarr says of African influences in the region.

There are plenty of ways to experience the diversity of African culture right here in metro Detroit if you know where to look.