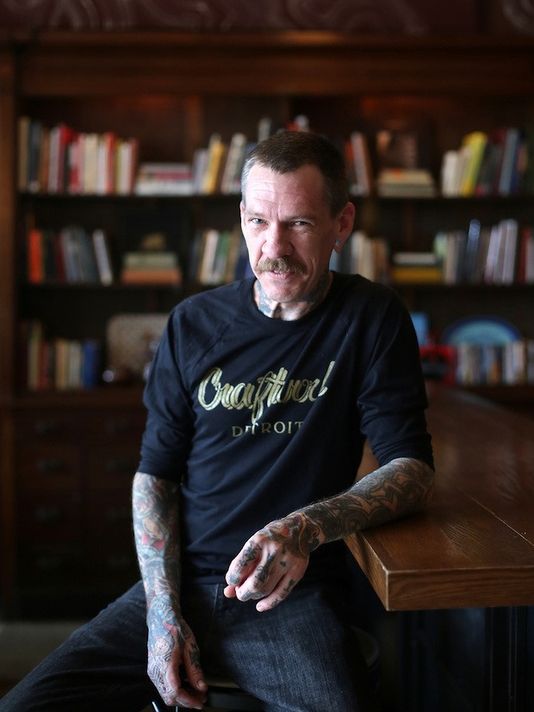 With a new classically trained chef at its helm, Craft Work restaurant in Detroit’s West Village neighborhood is doubling down on locally sourced fare prepared with newfound simplicity.

Aaron Solley, an Arizona native who’s been cooking in Portland, Ore., the past seven years, has taken over the kitchen from Matt Dalton after Dalton’s March 27 departure.

First and foremost on the to-do list for Craft Work’s new chef — on the job for just over two weeks — is to simplify.

“There’s too many ingredients in everything,” Solley says. “We’re using a lot of very expensive ingredients but mixing so much stuff together that I don’t know if you can actually taste this $20-a-pound cheddar in the queso dip. A layer or two needs to be pulled back.”

As Solley gradually goes through the inventory he inherited from Dalton, he hopes to make his mark more pronounced.

“We’re using these products and as we finish them off, I’m just going to make them in-house now, because that’s just what I do,” he says.

That includes items like house-made corned beef, sausages and bacon.

And that queso dip with the expensive cheddar? Gone.

The West Village resident first started cooking in the kitchens of Flagstaff and Tempe, Ariz., where he grew up. In his mid-20s, he moved to Portland, Ore., to attend cooking school at the Western Culinary Institute (now called the Le Cordon Bleu College of Culinary Arts). In 1998, love sent him packing to Detroit, where his girlfriend had been offered a job.

And so began a stretch working in some of metro Detroit’s most seasoned kitchens of the day —  Opus One in Detroit, Takashi Yagahashi’s Tribute in Farmington Hills and Matt Prentice’s original Morels in Bingham Farms, where Solley was chef de cuisine until it shuttered in 2006.

Shortly after, things turned sour for Solley, who’d since married and divorced the woman he had followed to Detroit.

“At that point — we’re talking 2007, 2008 — the city seemed so stale and so stagnant,” Solley recalls. “It felt like we were in a recession and depression. My ex-wife and son had moved out to Connecticut and I just wasn’t feeling Detroit anymore.”

Solley took a trip back out west for a friend’s wedding in Portland, where he met Suzanne Bozarth, who’d just opened James John Cafe and needed help. Solley stayed, growing and refining his style in the cafe’s 300-square-foot kitchen, and falling in love again — with local sourcing, from-scratch cooking, in-house curing and preservation, and also with Bozarth.

Seven years later, the relationship took a turn for the worst.

“Our personal lives dissolved our business lives,” Solley says. “I had to leave.”

His mother, who’d moved to the Detroit area to be near her grandson when Solley’s son was born, had stayed. When things fizzled in Portland, Solley came back to his mother’s in Royal Oak to figure things out.

That’s when Solley says he fell in love with Detroit again.

“It was so cold and nasty, but I didn’t care — everything was so vibrant,” Solley says of the three weeks he spent here in February. “I felt the same vibe going on here that I had felt when I first moved to Portland.”

Solley called Dalton, who’d once worked for him at Papa Joe’s Gourmet Market in Birmingham, and Dalton invited him to check out Craft Work for a possible cooking position.

Solley went back to Portland to gather his belongings with the idea of moving to Detroit, but by the time he came back, Dalton no longer worked at Craft Work. Solley called owner Hubert Yaro and the two met for coffee.

“We sat down two weeks ago on a Thursday and we had this really great conversation about the direction he wanted to take this restaurant,” Solley says, “and we kind of both agreed that I should just take the position.”

That day, five of Craft Work’s kitchen staff didn’t show up for work. Solley changed his clothes, jumped on the line and has been running the kitchen ever since.

He’s been helped by recently promoted sous chef Stephen Schmidt (son of renowned Detroit-area chef Jimmy Schmidt) who got his start 11 years ago cooking in his father’s kitchen at the Rattlesnake Club.

Solley says that in addition to in-house curing and preservation, diners can expect a much stronger French influence with Mediterranean flavors. Ultimately, though, Solley aims for simplicity.

“We’re in this area we’ve got so much great product to work with that I don’t feel we need to hide it under things,” he says.