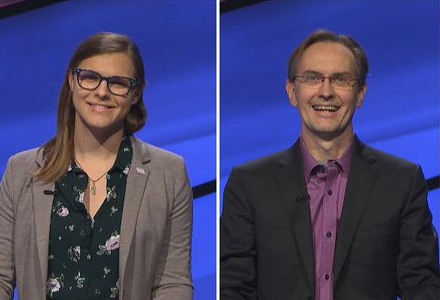 Michigan is well represented on “Jeopardy” tonight as not one, but two of the contestants are from Metro Detroit. Kate Freeman is the current champion with one-day winnings of $5,599. Tonight, one of her challengers is Jeffrey Williams, who grew up in the same city Freeman was born in.

Freeman, a Farmington Hills native, grew up in Lake Orion and graduated from the University of Michigan. She answered the Final Jeopardy clue incorrectly on Friday’s show, but so did her opponents. She was in the lead before the final clue and after the wagers were deducted, she became the new champ.