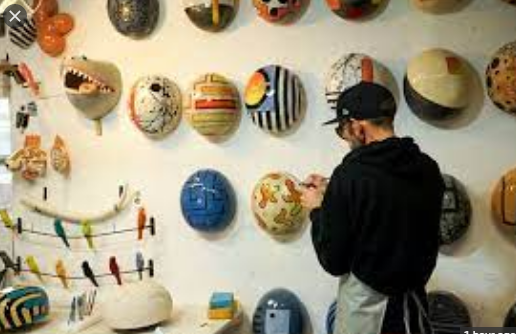 Great artists are often associated with a piece, performance, or character they can’t escape, whether they’re glad to be known for it or not. Take Jun Kaneko and his ceramic “Dongos,” or Vanilla Ice’s “Ice Ice Baby.” When it comes to being pigeonholed, most notably, the cast of Seinfeld describes what they’ve dubbed “The Seinfeld Curse” — the superstition that their inability to be cast in a successful show post-Seinfeld was due to having appeared on Seinfeld to begin with.

After a successful nine-season sitcom, one would assume the success and critical acclaim of the show Seinfeld would’ve guaranteed the show’s stars long, fruitful careers in acting. Most found trouble breaking out of their respective character’s roles, long after the show’s production. Julia Louis-Dreyfus eventually won an Emmy for her role in The New Adventures of Old Christine, she excitedly held the award and exclaimed, “I’m not somebody who really believes in curses, but curse this, baby!

This brings us to a local artist who in recent years has been applauded for his keystone work — Iggy Sumnik, and his ceramic “Jellybean.”

After making his first Jellybean in 2009, the Jellybean is now Sumnik’s “associated act.” Prior to the Jellybeans creation, Sumnik had a long-established career in ceramics, maintaining a solo studio practice and teaching ceramics in the city of Detroit.