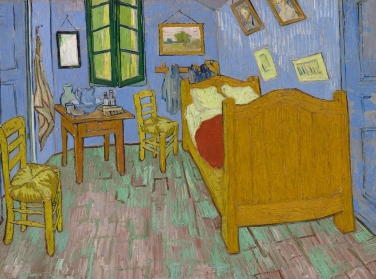 It turns out people aren’t in a hurry to loan out their priceless works of art.

Jill Shaw has faced that hurdle repeatedly over the last three years while developing Van Gogh in America, an exhibit bringing together a staggering 69 of the iconic Dutch artist’s works for the Detroit Institute of Arts.

The exhibit is the first dedicated to highlighting the introduction and early reception of Van Gogh’s work in the U.S., and it will only be seen in the Motor City.

“It’s tough to get Van Goghs these days,” said Shaw, the DIA’s curator of European Art from 1850 to 1970. “They’re just really difficult loans to secure because these works are so beloved in their home institutions. People want to see them when they come to the museums. But also because they’re incredibly fragile. People are less and less inclined to lend — and I completely understand that — because of the inherent fragility of these works.”