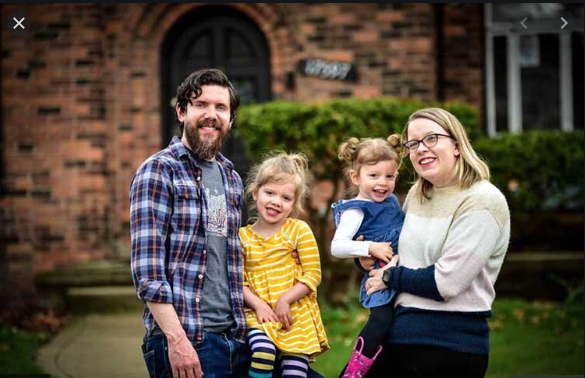 When Andre Terrell McWilliams was about 15, he was helping his best friend’s family move when he found a Kodak Reflex S film camera while cleaning. He asked his friend if he could have it and he went home that day to take it apart and figure out how it worked. That started him on a lifelong love of photography. He took classes at Crockett Vocational and Mumford where he attended high school and got a job at a studio coincidentally named AM Photography.

But life has a way of leading “you down different roads,” says the Detroit native, who has worked in a wide range of jobs in different industries from city government to transportation, his most recent job where he was recently faced with a “layoff situation” as a result of the pandemic sweeping through Detroit and the nation.

“The layoff forced me into high gear,” he says. Over the years while he held down the day jobs to pay the bills, he also ran his own marketing and communication company Street Pass and website streetvision.com, which he describes as a community hub with a directory of events and businesses. He also continued to take photos as well as DJ.

“I’ve been really hitting the pavement trying to make this thing work over the past decade almost in various forms,” says the northwest Detroit resident.

With COVID-19 affecting his business (there are no events now and small businesses are struggling), he launched the Front Porch Project. Through the project, he goes to Detroiters’ homes and takes their portraits from at least 6 feet away and up to 10 feet to adhere to social distancing guidelines.

“We want to hear about the stories,” he says. “We want to know what you’re doing, how is this impacting you? What does your new normal look like?”

Amber Hunt, who lives in the University District with her family, is one of the featured subjects in the Front Porch Project.

Hunt says she, her husband, Nate, and their two daughters Magnolia, 4, and Penelope, 2, were walking around the neighborhood when they saw a neighbor and fellow parent from the local DPSCD school getting their photos taken by McWilliams.

“We shouted hellos from across the street, and then our girls started playing on a big stump across the street and Andre ran over and took a couple pictures of them. My neighbor sent me the pictures he took and info about the project,” says Hunt, who is a content strategist and works with local businesses through her agency Magpie Strategy.

“Once I read more about what he was doing, and how he was using his skills to support others in the community I knew it was something I wanted to do. I also had been wanting to get some photos of us done to document this very crazy time we are living in — so it was kind of like kismet the way all of this kind of came together.”