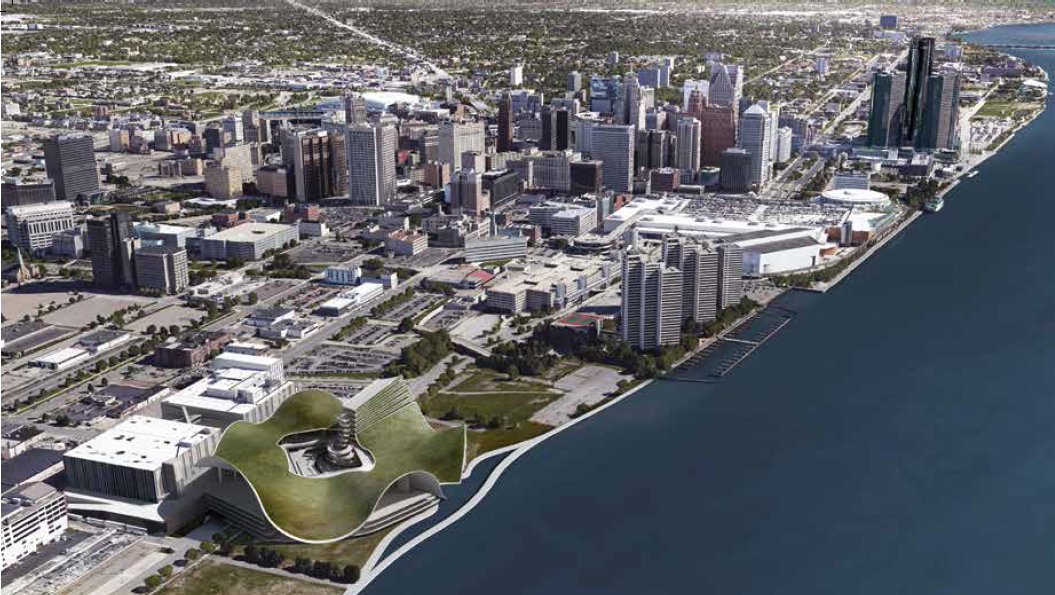 The architectural interpretations of four Detroit locations will be unveiled Saturday in Venice, Italy, at the opening of the 2016 Architecture Biennale’s “The Architectural Imagination.”

Thousands of global visitors will walk through the rooms that feature 3-D models, drawings and video animation of each Detroit site. Organizers say the idea is to show speculative architectural projects designed for specific sites in Detroit but with far-reaching applications for cities around the world.

News conferences for the exhibition start Thursday. It is open to the public starting Saturday through Nov. 27.

Robert Fishman, interim dean and professor at the Taubman College of Architecture and Urban Planning at the University of Michigan, said what will make this exhibition a success for Detroit is “it has to make a positive impact on the lives of people in Detroit. I think it will by opening up new possibilities. People will see more than decay. The benefit will be this new way of looking at the city. The project is not intended to be immediately buildable, but it should change our idea of what is possible.”

The U.S. Department of State selected the UM college to organize the exhibition of the U.S. Pavilion in this year’s event. UM played a major role in organizing it and helping transport the architectural models and renderings to Venice. “We are the ones who are most closely connected with Detroit itself,” Fishman said. “We are the bridge between the world of advanced architecture and the people who are interested in this.”

To read more of this story, visit http://www.crainsdetroit.com/article/20160526/NEWS/160529875/detroit-stars-in-architecture-biennale-in-venice