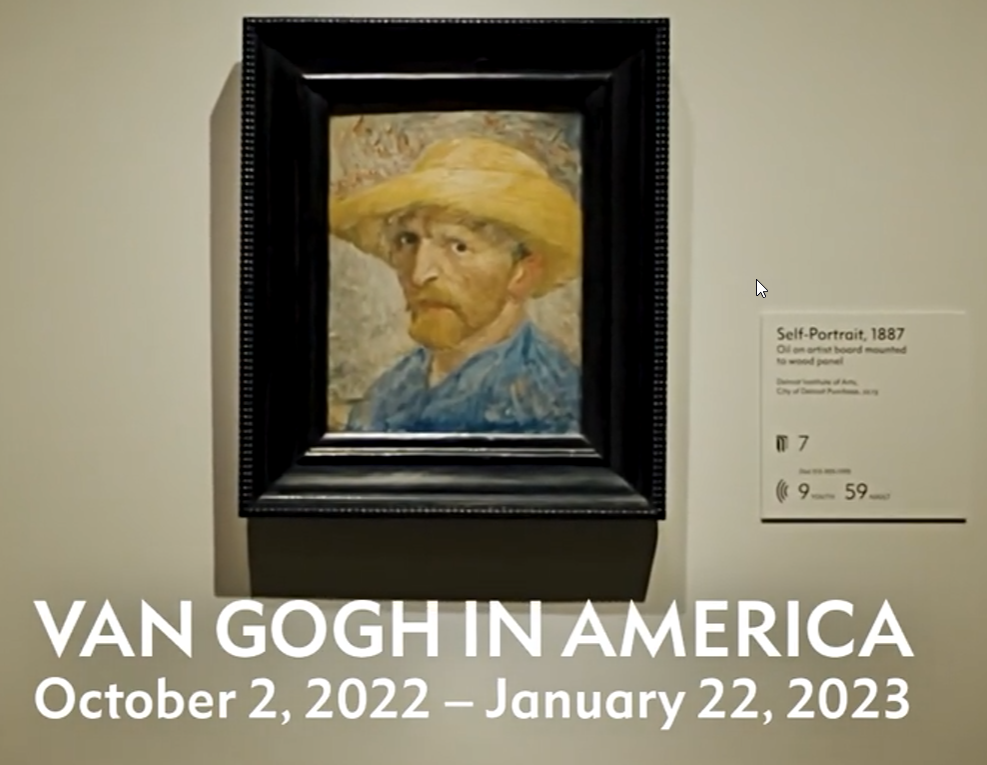 DETROIT — On a freezing New York evening in early 1922, Ralph H. Booth placed a winning bid of $4,200 for a small self-portrait of Vincent van Gogh in a half-furled straw hat in an auction at the Plaza Hotel.

Mr. Booth was the president of the commission that oversaw the Detroit Institute of Arts, and he had just bought the first van Gogh to be owned by an American museum.

Van Gogh was only beginning to develop a following in America, and buying the self-portrait seemed risky. But a little more than a decade later, van Gogh had become a superstar. Prices for his paintings were rising, and his intense, throbbing work was drawing big crowds to a huge solo exhibition at the Museum of Modern Art.

Van Gogh fever has yet to cool. He is one of the best-known and most admired painters in America. Van Gogh T-shirts, coffee mugs and jigsaw puzzles are selling online. Immersive, glossy van Gogh video shows — the fast-food of art — are filling theaters, and last year, one of van Gogh’s landscapes sold for $71 million at Christie’s in Manhattan.

Now, 100 years after the Plaza Hotel auction, the Detroit Institute of Arts is celebrating its milestone purchase with a wide-ranging exhibition that tracks van Gogh’s rise in America, from near-obscurity to undreamed of celebrity.