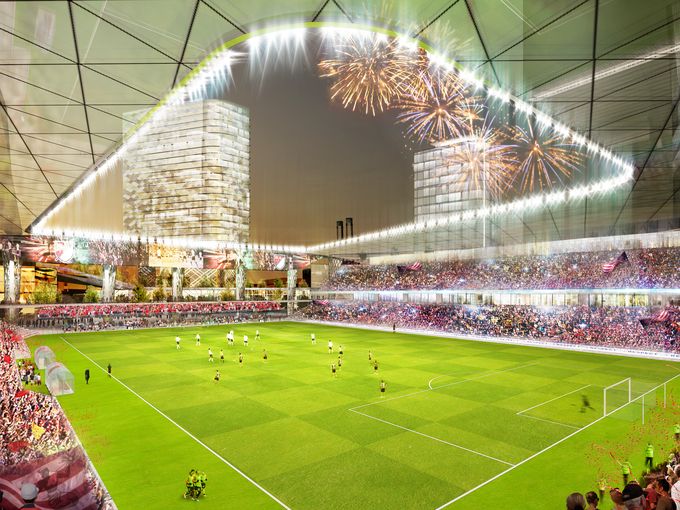 Dan Duggan has dreamed of a Major League Soccer team playing in Detroit since the league was first kicked around in the early 1990s.

Although Duggan failed to convince some of area’s wealthiest and biggest power brokers to buy in during MLS’s infancy, he’s excited about the recent announcement that Quicken Loans chairman Dan Gilbert and Pistons owner Tom Gores are teaming up as part of a $1-billion proposal for an MLS expansion bid that includes building a multiuse soccer stadium on the site of the unfinished Wayne County Jail project.

Duggan was in Spain recruiting players for his Michigan Bucks when Gilbert held a news conference in downtown Detroit on April 27 along with MLS commissioner Don Garber and Arn Tellem, vice chairman of Palace Sports & Entertainment.

The Bucks play in the Premier Development League, which is considered part of the fourth level of pro soccer in the U.S. MLS is the first tier, followed by the North American Soccer League and the United Soccer League.

Garber acknowledged at the news conference that he wants to find a way to involve both the Michigan Bucks and Detroit City FC (which plays in the National Premier Soccer League, also in the fourth level of pro soccer) in the effort to bring MLS to Detroit, although there’s no firm plan on how that will happen.