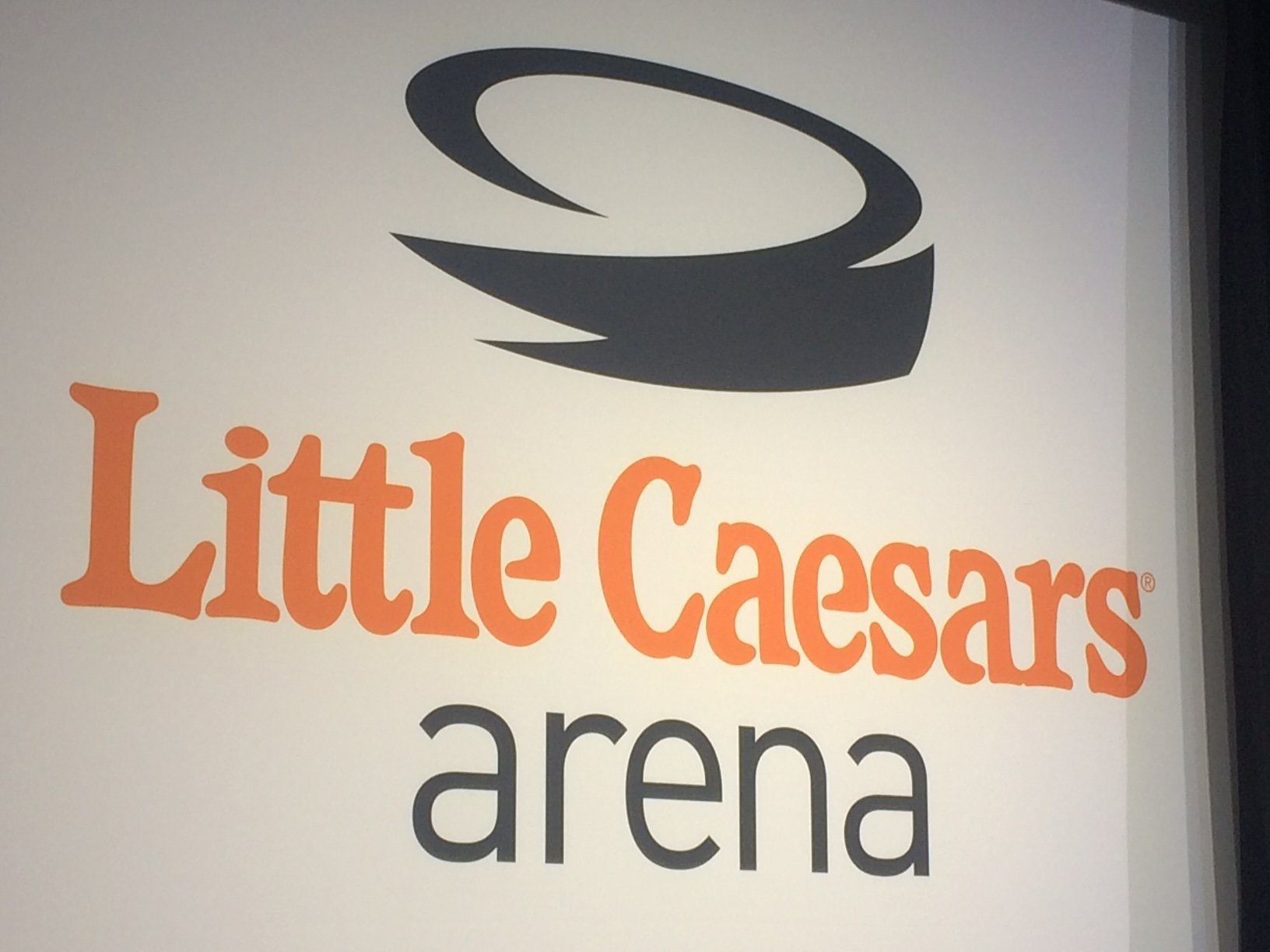 Little Caesars Arena is the name of the new Detroit Red Wings arena that’s been rising along Woodward Avenue in downtown Detroit.

Olympia Entertainment announced the name at an event Thursday morning. The naming rights are part of a 20-year, $125 million deal.

Christopher Ilitch, president and CEO of Ilitch Holdings, said the naming rights agreement is the largest in the country for a professional stadium. It amounts to more than $6.25 million a year.

According to a release, Little Caesars will be advertised on the roof of the arena, the exterior, entrances and at center ice. Conceptual renderings of the ice surface still bore the “Hockeytown” moniker, too.

Speaking before officially announcing the arena name, Ilitch pointed to his parents Mike and Marian, and their commitment to the city of Detroit. In a short video, multiple Red Wings and Detroit figure heads spoke of the Ilitch family’s move into the city when everyone else was moving out.

Chris Ilitch also mentioned his parents’ desire to “create a vibrant Detroit for everyone.”

A name means a lot, Ilitch said. Little Caesars CEO Dave Scrivano said the same. When asked why the arena wasn’t named after an iconic Detroiter or Red Wings alumnus, Ilitch said there were a lot of possible names considered, but Little Caesars Arena was decidedly best.

It will result in the “largest Little Caesars character in the world” adorning the roof of the stadium.

The big glitzy Red Wings logo fans have seen for over a year was just a placeholder, Ilitch said.

When asked, Ilitch said the sponsorship is huge. It’s the biggest of any U.S. stadium, he said, and it’s going to roll out over 20 years.

Ilitch only said that Little Caesars will pay the roughly $125-million fee to “the entity that’s managing the facility,” Olympia Entertainment.

“This is the type of company that any city in America would be happy to have” sponsor a big arena, Ilitch said.

Scrivano said Little Caesars continues to grow. By the time the arena opens, the pizza chain will also have moved their world headquarters right next to the Fox Theater.

To read more of this story, visit http://www.mlive.com/business/detroit/index.ssf/2016/04/is_name_of_new_detroit_red_win.html