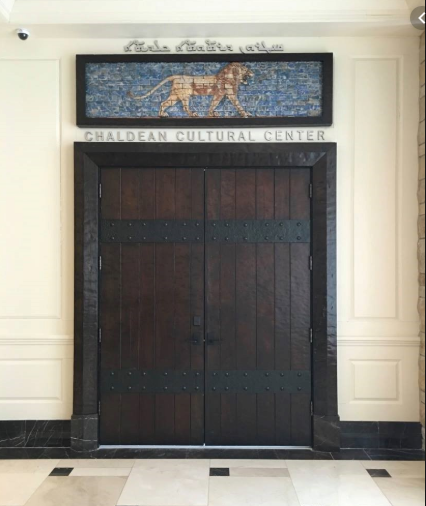 Metro Detroit is home to the first and only museum in the world dedicated to preserving the culture and heritage of Chaldeans for future generations.

The Chaldean Cultural Center and its world-class boutique museum located inside the Shenandoah Country Club in West Bloomfield tells the story of a people dating back more than 5,000 years ago to ancient Mesopotamia before the time of Christ to present-day Detroit.

There is no better place for a Chaldean museum than Metro Detroit. The region has the largest concentration of Chaldeans in the world with more than 160,000 residing in it, according to the Chaldean Community Foundation.

For more than a century, Chaldeans have had a profound impact on the region, both socially and economically.

There is a story and group of Chaldeans behind the museum, which cost more than $2 million to build.

Making of the world’s first and only Chaldean museum

The idea for a Chaldean museum was born in February 2003. At the time, there was a committee comprised of Chaldeans in Metro Detroit who wanted to preserve their heritage and make it known to future generations of Chaldeans, as well as to the public at large.

The committee and CIAAM agreed to designate about 2,500 square feet inside the club for the establishment of a cultural center and museum. When the committee was ready to build the museum, the space would be there.

Victor Saroki, a Chaldean American, was the architect for the Shenandoah Country Club. In 2005, the committee found an architectural team in New York that designed boutique museums. Saroki consulted with the team.

The Shenandoah Country Club opened in February 2005, but the museum didn’t open until May of 2017. Mary Romaya was a member of the committee and remained at the heart of the project from the very beginning to end. Romaya, a Chaldean American, worked as a history teacher and counselor in the Warren Woods School District for 45 years.

“We want our children and grandchildren to know that they are Chaldean, but not just know it, but embrace and love their heritage. Not that we are not American, but we have an identity that spans over 5,000 years,” Romaya said.

The founders of the museum were committed to detail and capturing authentic images of Chaldeans over thousands of years. To make sure that happened, they contacted experts in the art world. They hired a freelance media producer from New York who had work published in National Geographic and who has done work on the National September 11 Memorial and Museum in New York. They also hired a fabrication company.