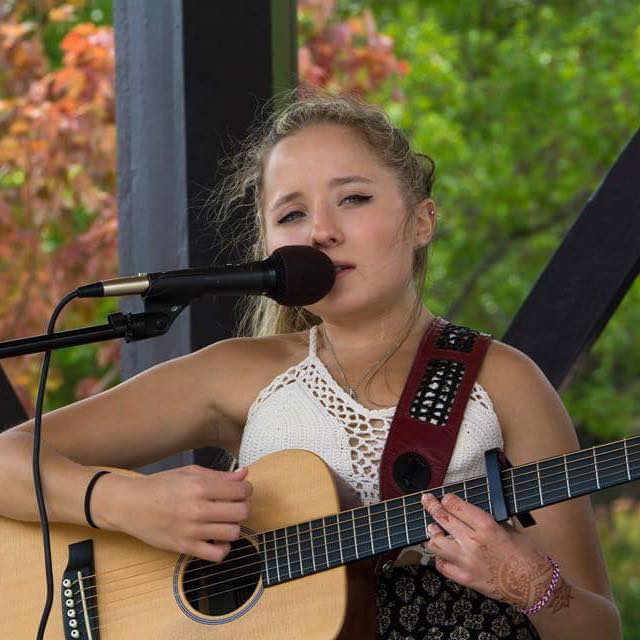 AUBURN HILLS —Throughout her life, Ali McManus has used music as a healing outlet.

“While my friends and family are outside running around, I am inside playing music,” she said. “Playing takes my mind to another place and helps me forget all the pain and struggles I have had to experience in my life.”

The fact that McManus is able to sing is a miracle. The upbeat Oakland University freshman had a rough start on life, being born three months prematurely with only a 50 percent chance of surviving.

At age 7, McManus began her journey with a rare bone disorder, including a severe case of scoliosis and osteoporosis, making her wheelchair-bound.

Throughout her childhood, McManus endured 10 surgeries, one of which was a hip surgery which confined her to a body cast at age 9 for 67 days.

She also endured several halo tractions, in which a metal frame was screwed into her skull while 45-pound weights were hung from it in an effort to straighten and align her spine.

Making matters worse, McManus’ osteoporosis has weakened her skeletal frame to the point that it’s equivalent to that of an 80-year-old.

When she was 13 years old, her condition was in the worst state of her life. McManus said her spine was bent at a curvature of 145 degrees, crushing her lungs and stomach. Her lung function was reduced to 19 percent and she could only eat a single clementine per-day.

While going in for a regular spinal checkup, McManus said she was sitting on her mom’s lap when the doctor told her, “I don’t mean to scare you, but we have to do a surgery to save your life.”

She underwent spinal fusion surgery at Shriners Medical Hospital in St. Louis, Mo. Steel rods were inserted into McManus’ back and neck to fuse and straighten her spine.

The operation made McManus hospital bound for nine months. Thanks to the life saving surgery, she can use 30 percent of her lung capacity.

Growing up, McManus found music helped her forget about the pain. She learned to play piano, sing and write her own songs.

In the hospital, McManus enjoyed entertaining other patients with her music and earned the nickname “Patient Ambassador” for her positivity. McManus said singing even helps strengthen her lung muscles.

“(It) blows my mind everyday how I can belt out songs the way I do,” she said.

To help improve her vocal skills, McManus receives coaching from Jennifer Kincer. She said McManus’ voice is unique, with a special tone and timbre.

About two years ago, McManus learned to play guitar. Playing guitar is challenging because McManus said she can’t bend her neck to see her fingers play chords.

In spite of these obstacles, McManus said music inspires her to “keep moving forward,” and gives her hope that she will one day walk again.

The Bloomfield Hills resident said she and her family are waiting for technology to improve as they have not found a clinical answer for her health issues. Unable to officially find a diagnosis for her condition, McManus said she calls it “the Ali Syndrome.”

McManus has performed countless times around the Metro-Detroit area. This year, she sang at Art Beats and Eats and played alongside Red Hot Chilly Pepper Chad Smith. But McManus said her favorite shows are when she gives back by performing at hospital and charity events.

Currently, McManus is taking communication classes at OU this fall while also working on releasing her first EP and looks forward to performing more around Metro Detroit.