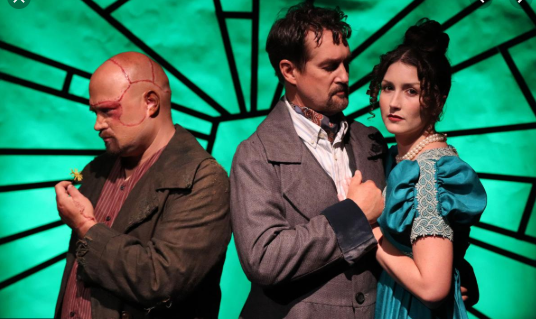 To mark the 200th anniversary of Mary Shelley’s “Frankenstein,” playwright A.S. Peterson wrote a new adaptation, which was first performed in 2018 at Tennessee’s Studio Tenn Theatre, which had commissioned the work. Stagecrafters’ director Andrew Clements, who brought the play north for its Michigan premiere, thinks audiences will appreciate this new take on a classic horror story.

“The script itself is incredible,” says Clements. “It really pierces to the heart. I think it is impossible to walk away from this show without being deeply affected.”

Clements points out the many interesting facts included in the script, which was written in 2018 to honor the publication of Mary Wollstonecraft Shelley’s novel in 1818. He says it is far closer to Shelley’s original novel than probably any other production to date.