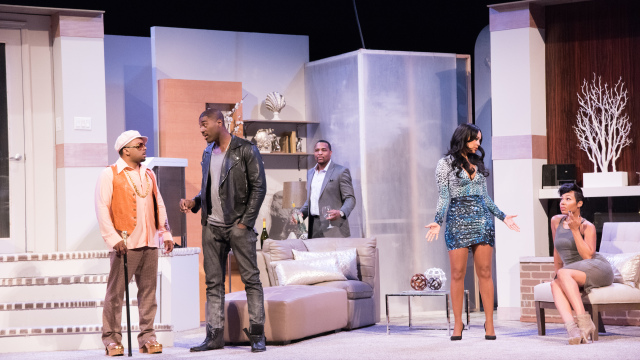 Just in time for Mother’s Day weekend, the hit stageplay “Married but Single” arrives at the Music Hall in downtown Detroit. It’s the brainchild of playwright Je’Caryous Johnson, who tells WWJ’s Terri Lee his latest project

is a romantic comedy about the complexities of relationships.

“You have married people who are looking at single people’s lives and wanting to be them; and you have single people who are looking at married people and wishing they could be married,” Johnson said. “So, I kind of poke fun at how we always are looking at the grass being greener on the other side, but when we actually make it to the other side, we realize that, you know, sometimes grass is green; it’s a little bit of weeds, too. It just depends on being with the right person; not just ‘A’ person.”

The ensemble cast includes LisaRaye McCoy, who rose to fame in “The Players Club;” actor Clifton Powell, who’s appeared in a number of Hollywood blockbusters.

To read more of this story, visit http://detroit.cbslocal.com/2016/05/06/star-studded-married-but-single-arrives-in-detroit-mothers-day-weekend/