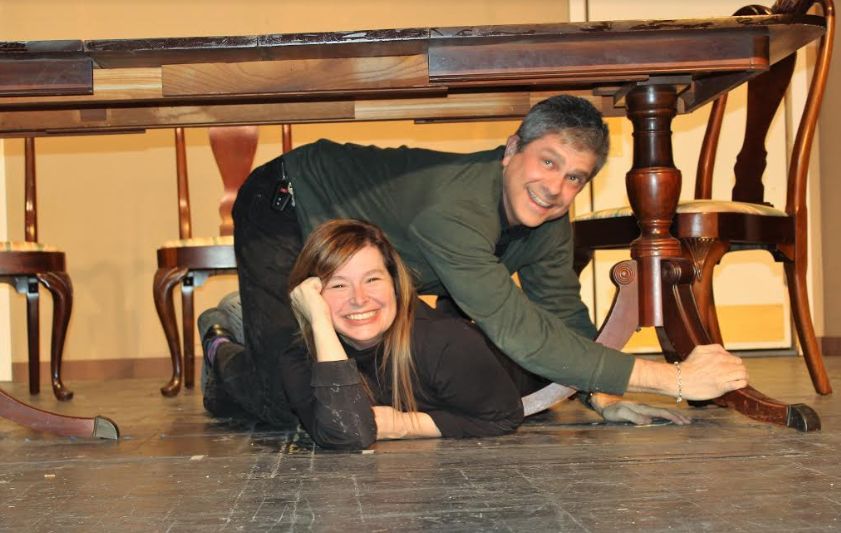 St. Dunstan’s Theatre is thrilled to kick off 2020 with the Pulitzer-Prize Nominated Drama, The Dining Room by A.R. Gurney.
The Dining Room is a mosaic of interrelated scenes – some funny, some touching, some sorrowful – all centered around the heart of the American home. Taken together, A.R. Gurney’s mural of different stories creates a complex portrait of the changing reality for the American middle class. The actors change roles, personalities and ages as they portray a wide variety of characters – from little boys to stern grandparents, giggling teenagers to downtrodden spouses.
Each vignette introduces the audience to a new set of people, and how their relationships and challenges revolve around the family dining room: a father lectures his son on grammar and politics; a boy returns from boarding school to discover his mother’s infidelity; an aging grandmother doesn’t recognize her own sons at Christmas dinner; a daughter, her marriage in ruins, pleads futilely to return home; and many others. Weaving together smoothly and swiftly, the varied scenes coalesce in a theatrical experience of exceptional range, compassionate humor, and abundant humanity.
This production is directed by Alan Ellias (Farmington Hills), and features six very talented actors including Pamela Martin (Royal Oak), Ken Overwater (Livonia), Michelle Kecskes (Waterford), Ross Grossman (Farmington Hills), Tania Velinsky (Royal Oak), and Sean Kecskes (Waterford).
This is Ellias’ second time directing at St. Dunstan’s Theatre. The first was Clybourne Park in 2017. He is excited to be directing this particular production and says, “The Dining Room is a play that lets us drop in on several families while they discuss a variety of topics in a room that isn’t used as formally as it was in days gone by. And to make it even more interesting, six actors play a total of 48 parts between them, moving seamlessly between scenes and their different characters, weaving an interesting tapestry for the audience to enjoy.”
St. Dunstan’s will present The Dining Room on January 24, 25, 31 and February 1, 2, 7, 8 and 9. All shows begin at 8:00 p.m, except for the Sunday performances on the 2nd and 9th which begin at 2:00 p.m. Tickets are $20 each for adults and $18 each for students and seniors. St. Dunstan’s is located at 400 Lone Pine Road in Bloomfield Hills.