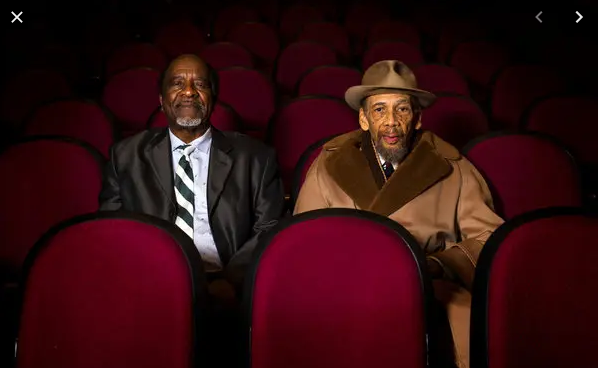 Wendell Harrison sat at his dining room table on Chandler Street in the North End neighborhood on a recent Sunday afternoon, leafing through the pages of old Tribe magazines and dusting off copies of his earliest albums, which he self-released in the 1970s.

Each LP and magazine was emblazoned with a striking insignia: two mask-like profiles facing left and right, bisected by a spear. Letters spelling “Tribe” ran down the center of the logo in a twisting pattern, as if braiding the two faces together into a single shape.

A saxophonist by trade and an organizer by nature, Mr. Harrison, 77, recalled when this table was the home base for the Tribe collective. Led by four jazz musicians, Tribe’s members put out their own records; published a widely influential, Afrocentric magazine with a circulation reaching 25,000; organized concerts, often in tandem with dancers and theater performers; and taught music to local children.

In the process, it helped define a path forward for Detroit’s arts community as the revolutionary spirit of the 1960s gave way to an uncertain future in a city ravaged by postindustrial decline.

“We had phones in here,” Mr. Harrison remembered, gesturing across the magazine-strewn table. “We had deals where if you bought an ad, we’d give you eight tickets to give away to the kids in the community.”

Tribe officially disbanded in 1977, after the trombonist Phil Ranelin, Mr. Harrison’s primary creative partner and the collective’s co-founder, decamped to Los Angeles. But Mr. Harrison remained in the Chandler Street house, never slowing down or letting go of his collectivist convictions.