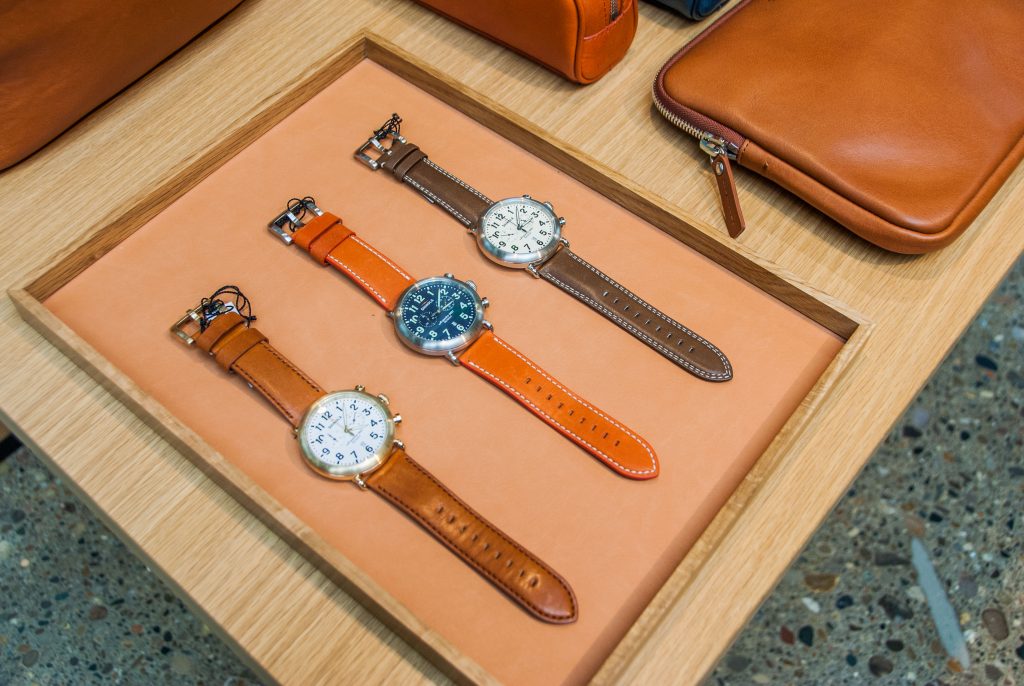 Once the major manufacturing hub of the Midwest, pumping out American cars throughout the 20th century and aiding the war effort during World War II, Detroit has become known for empty factories, bankruptcy and bailouts and has been launched into the news more recently for water shutoffs and teacher sickouts.

But in recent years, a revitalization has taken place in “midtown” Detroit. Dan Gilbert, founder of Quicken Loans, moved company headquarters to the city and bought up real estate throughout two square miles of downtown Detroit in an attempt to spur development. Restaurants have entered the city offering craft cocktails and tapas. Businesses, like luxury watch and bicycle company Shinola, have made Detroit their home.

In the last five years, Shinola has become, in the eyes of some, a sign of Detroit renaissance — and a manufacturing one at that.

The Making Sen$e team traveled to Detroit to see how Shinola fits into the city’s revitalization and if it could be a new a manufacturing model for the city.

“I don’t believe that we are the ones responsible for making Detroit what it is today,” Shinola president Jacques Panis told the NewsHour, adding, “we at Shinola have been a small part of this revitalization.”

Shinola has created some 400 jobs in Detroit, about 250 of which are in manufacturing, and have pulled from a growing pool of former autoworkers.

To read more of this story, visit http://www.pbs.org/newshour/making-sense/how-a-luxury-watch-and-bicycle-company-became-part-of-detroits-revitalization/