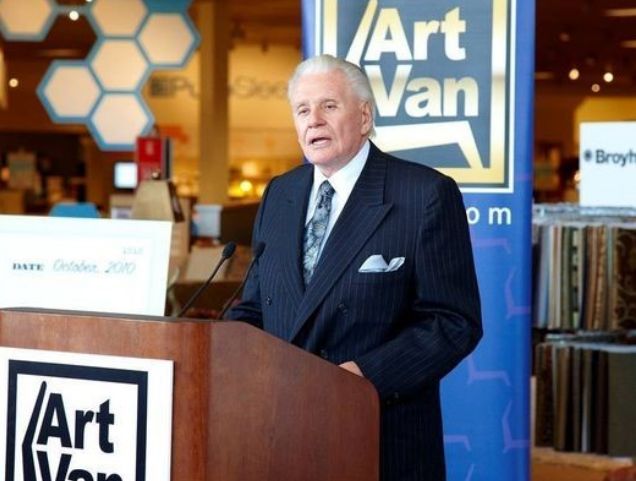 Art Van Elslander, founder of the Michigan-based retail-giant Art Van Furniture, has died at the age of 87, company officials announced on Monday.Elslander was born in 1930 as the son of a Belgian immigrant. He grew up in Detroit working at his father’s bar and later served in the U.S. Army after graduating from Denby High School in 1948. “My family is heartbroken by the loss of our father,” said Gary Van Elslander, the eldest son, in a company announcement, on Monday, Feb. 12.In 1959, Art Van Elslander opened his first store in a 4,000-square-foot shop on Gratiot Avenue. Art Van is one of the largest independent furniture retailers with more than 100 stores throughout the Midwest.The company sold its business to Thomas H. Lee Partners (THL) in 2017.