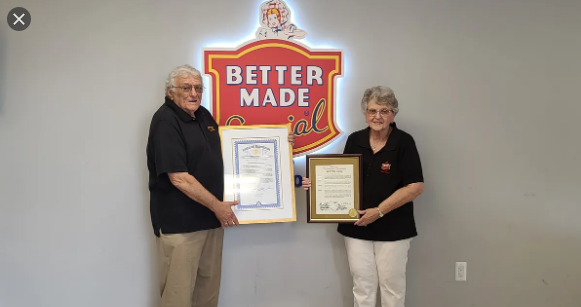 In remembrance of its CEO Salvatore “Sam” Cipriano, who died earlier this week, Better Made Snack Foods company plans to park every car and truck with a logo on it from 10 a.m. to 2:30 p.m. Friday in front of its Detroit headquarters at 10148 Gratiot Ave.

The black balloons will be tied to the vehicles.

Cipriano, the CEO of Better Made Snack Foods for a decade, died Tuesday of heart failure. He was 80 and still active in the company, leaving behind a legacy that had taken a once-small business co-founded by his father, Peter, to new heights.

Funeral arrangements are still pending, a spokesman for the company said.

Source: Better Made to honor CEO Sam Cipriano with vehicles on Detroit street