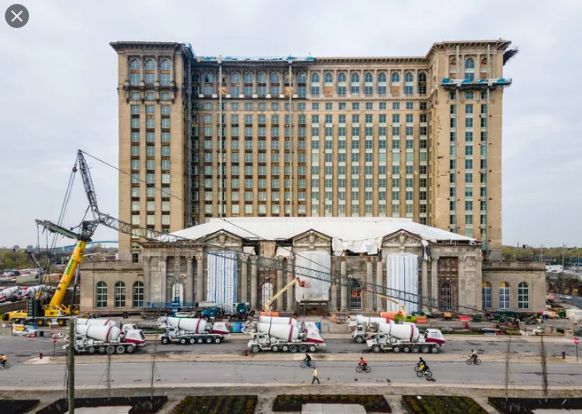 On an otherwise quiet Saturday in April, a high-profile section of Detroit’s Corktown neighborhood rumbled with activity thanks to a massive concrete operation involving 250 truckloads of cement at Michigan Central Station.

An estimated 25 trucks — pouring every hour for 10 hours — ended up laying a total of more than 2,000 yards of concrete, Rich Bardelli, project construction manager, told the Free Press on Sunday.

Ford is planning to spend four more days on a similar schedule over the next month or so for a total of 11,000 yards of concrete poured, he said.

The concrete is stabilizing part of the sub-basement of the station that had been underwater for decades. Ford previously had work crews pump out nearly 227,000 gallons of water that flooded the station’s basement and its little-known sub-basement.

“It was our first pour like this to take care of the basement area,” Bardelli said. “This is one of the first big pours we’ve had. To have such coordination was really exciting, getting those trucks pulled in one after another, three different batch plants from Superior Concrete.”