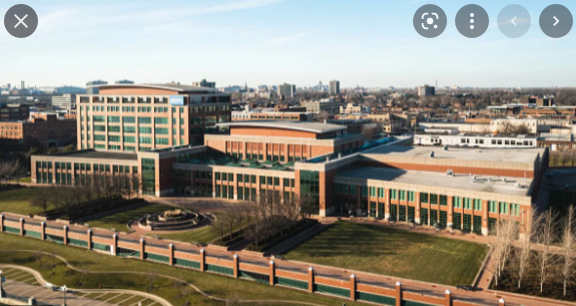 Dan Gilbert’s real estate firm has bought the former UAW-GM Center for Human Resources on Detroit’s east riverfront and is mulling what to do with the large complex.

The 420,000-square-foot center, 200 Walker St., has an 18-acre site that also includes an eight-story office tower, a three-story training center and a 40,000-square-foot warehousing building.

The building’s now-former owners were a partnership between metro Detroit developers Moceri Companies and 400 Monroe Associates, who bought the property in October 2020 for a price reported by Crain’s Detroit as $34 million.

The former training center is adjacent to the 300 River Place office building that Bedrock purchased earlier this year.