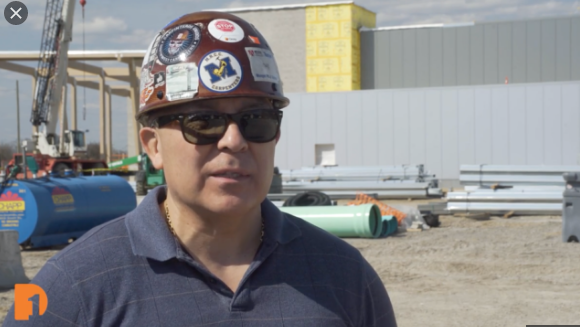 It’s been two years since the announcement that the Michigan Regional Council of Carpenters and Millwrights would build a new training center in the city of Detroit, part of an effort to get more Detroiters into the construction trades workforce.

Despite some delays because of the pandemic, the training center is rolling toward completion with carpenter trainees helping build it.

A long vacant plot of land along the Jeffries Freeway has come alive.

There are hopes the training center can be a catalyst to revive a west side neighborhood while providing more workers to sustain the city’s building boom.

One Detroit’s Bill Kubota has been following the story.

Source: Despite the pandemic, a carpenters trade school nears completion in Detroit | One Detroit