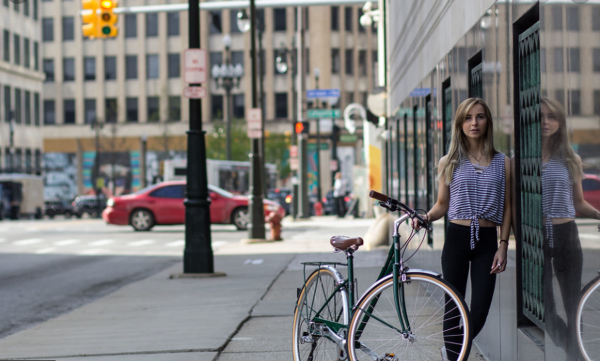 When Zak Pashak first got started with his launch of Detroit Bikes back in 2013, most of American bicycle production had been sent overseas. “My background had nothing to do with manufacturing,” he said. “I got into it because I believed in urban cycling.” The Detroit Bikes motto is, “We believe that streets are best explored on two wheels.”

Pashak has grown his company from just a few people to about 40 today, and has capitalized it to the extent of about $5 million, with investment coming entirely from him, his family members, and his friends. He’s developed a slate of product offerings focused specifically on supporting urban transportation. And it’s been an interesting road he’s traveled along the way.

Zak’s career started off in a very different world, in music promotions, where he was eventually running multi-venue music festivals featuring as many as 400 bands. “I equate it to putting on five weddings a night, five nights in a row,” he said.