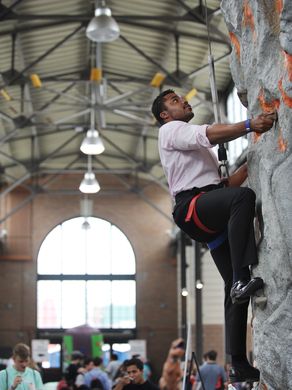 After Carly Getz graduated from Syracuse University in 2013, she surprised her family and friends by moving not to New York or Boston, but to Detroit.

Getz said she had plans to intern for Blue Cross Blue Shield of Michigan for three months and then move back to New York. But today, she is a public relations specialist for Blue Cross and recently purchased a house.

“Detroit is a hidden gem for young professionals,” Getz said. “I thought it was incredible that I, fresh out of college, could afford to live in the center of a major city.”

As Detroit’s business scene continues to grow and the story of its emerging turnaround spreads, more young people are coming to work in the city. Metro Detroit companies are taking advantage by expanding internship programs and turning college students into Detroit ambassadors.

To read more of this story, visit http://www.detroitnews.com/story/news/local/detroit-city/2016/06/17/detroit-summer-interns-becoming-ambassadors-city/86067518/