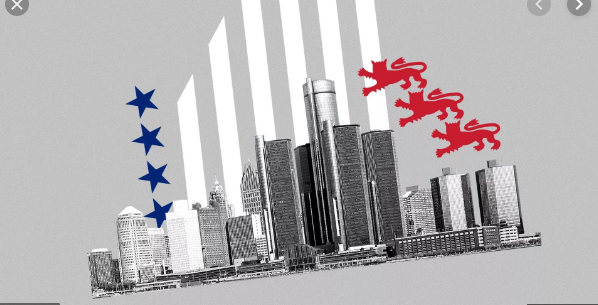 For decades, the world has pointed to Detroit as a symbol of the entire Rust Belt and the decay of American manufacturing. But the city is attempting to change that narrative — and succeeding.

Why it matters: Detroit may be the starkest example, but its story is mirrored in dozens of U.S. cities — Columbus, Pittsburgh and Toledo among them — that have shared its challenges and are embarking on comebacks of their own.

What’s happening: The mayor’s office, nonprofits and Detroit’s Fortune 500 companies are coming together to turn the city around. Detroit is changing so fast that its transformation over the last decade was visible from outer space.

In the last 10 years, Detroit has turned many of its longtime problems around — and attracted jobs in industries that will shape the future.

But, but, but: Many of the economic and demographic trends that are shaping the future of American cities are working against Detroit and cities like it.

And while Detroit has made big strides in its reinvention, it’s still losing people — despite efforts to bring in new people and get college graduates to stay. “The population number is the number by which we either win or we lose,” Mayor Mike Duggan told the New York Times.

Source: Detroit turns around after decades of decline – Axios