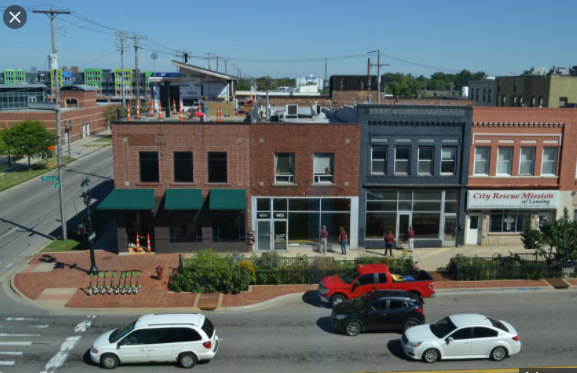 If Mayor Andy Schor and a Detroit developer have their way, the vacant City Market building downtown will soon undergo an offbeat, multi-faceted “activation” nobody saw coming.

Schor announced plans today to lease the building to the 3-year-old Detroit Rising Development group and turn the cavernous pole barn into a multi-use community hub called the Lansing Shuffleboard & Social Club. The 12-year-old building has been largely empty since 2018, save for the Waterfront Bar & Grill, which fought eviction until last fall.

The $3.2 million private investment would pack in six or more food vendors, a bar, live entertainment and eight shuffleboard courts.

If the Lansing City Council approves the deal, DRD will likely sign a 10-year lease, with an option to renew, Schor said. The city spokeswoman, Valerie Marchand, said today that the lease agreement will be placed on file for the public later this week.

Parts of the project could be open to the public within a year, but full completion could take up to two years, according to DRD founder and partner Jon Hartzell.

Schor said the proposed project fulfills all of his requirements for the space. “It took a little longer than we hoped to find the right match, but I wanted a project that would activate the space, that it is sustainable and would not need a yearly subsidy from the city,” he said. “This project meets all those conditions.”

The announcement puts an end to months of underwhelming rumors that the city would give up on finding a creative “destination” use for the space and end up leasing it to a brewpub or another redundant tenant.