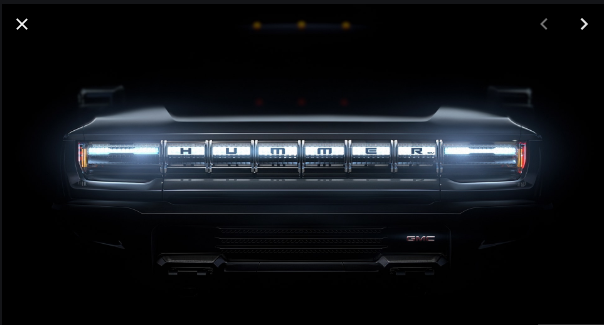 General Motors is resurrecting the Hummer, best known as a gas-guzzling, military-style SUV, as an all-electric “super truck” with massive horsepower, acceleration and torque.

The Detroit automaker confirmed the plans Thursday and released three online teaser videos for the “GMC Hummer EV” pickup ahead of a 30-second Super Bowl ad for the vehicle featuring NBA star LeBron James. The spot is scheduled to air during the second quarter of Sunday’s game.

The Hummer EV pickup, according to GM, will feature 1,000 horsepower; 0 to 60 mph acceleration of three seconds; and 11,500 pound feet of torque. It didn’t announce a price.

“It’s a combination of an incredibly capable truck and a supercar. Those sorts of times are in that ballpark,” Phil Brook, GMC vice president of marketing, told CNBC. It’s an “all-electric super truck.”

The Hummer EV pickup is expected to go into production in the fall of 2021 at a plant in Detroit, followed by sales starting toward the end of the year.

The teaser videos detail the specifications and preview the front of the pickup, which features a new iteration of Hummer’s well-known slotted grille with “HUMMER” backlit across the front of the truck.

“It is very different from anything we’ve ever done before,” Brook said. “This is the start of big things in the electric space. … This is GMC and how we’re moving into that space in a big way.”

GM is branding the Hummer EV as a “quiet revolution.” It’s a play on the quietness of all-electric vehicles and the performance of the Hummer EV. It’s also the title of the Super Bowl ad.