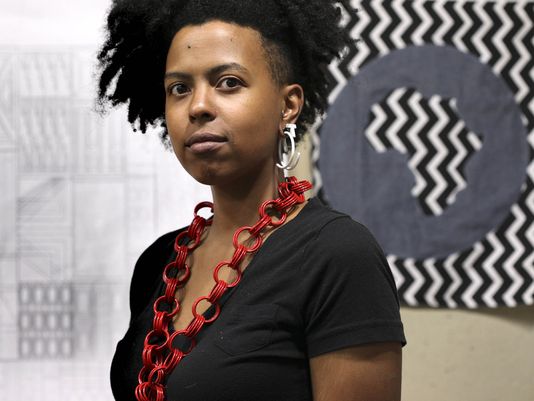 Imagine a single permit that Detroit artists could easily get from the city that would cut through the red tape that can prohibit creative neighborhood initiatives like festivals and other ideas from getting off the ground.

Imagine a curated refrigerator stocked with flavorful and healthy food choices and placed in Detroit gas stations and liquor stores, where so many residents end up buying processed junk food because they don’t live near a quality grocery store and have no other options.

These are two of the propositions that bubbled up at Ideas City Detroit, a weeklong laboratory workshop devoted to the intersection of art, design architecture and the reinvention of Detroit. Organized by New York’s New Museum, the event reached its climax today with a public conference at the Jam Handy building on East Grand River in the North End. Previous Ideas City events have been held in Istanbul and Sao Paulo and future conferences are planned for New York, Athens (Greece) and elsewhere.

Today’s conference featured a series of panel discussions and keynote talks by a diverse cast of national figures, among them the Chicago artist-activist Theaster Gates, Detroit filmmaker-writer Dream Hampton and local political and business leaders like Maurice Cox, director of planning and development for the City of Detroit. There were also presentations by groups encompassing an international cast of 40 fellows — artists, writers, designers, architects, urban thinkers, cultural activists.