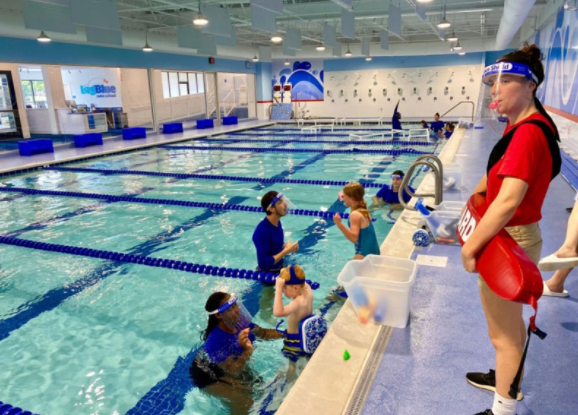 metro Detroit over the next five years.

Founded in 2009, Big Blue has signed 74 swim schools in 15 states across the country. It’s goal is to have 150 locations by 2021 in the $3 billion learn-to-swim industry. Locations of the new swim schools in metro Detroit are still being finalized.

“I chose Big Blue because of their latest advancements in technology, similar to (a) tech startup I was working with,” says Avsharian. “My two children, ages 10 and 7, are both competitive swimmers, so my wife and I have seen first-hand what it takes to be a successful swim school. Big Blue’s cloud-based platform is simply unmatchable.”

A graduate of Hillsdale College, Avsharian worked in Chicago before returning to Ann Arbor to join the family business, SHAR Music, an omnichannel and direct marketer for string instruments that his grandfather started in the 1960s. Throughout his time with SHAR Music, he was director of sales and eventually president and co-owner. He left SHAR in 2015 and sold his interest in 2017 to start exploring the idea of owning a business of his own.