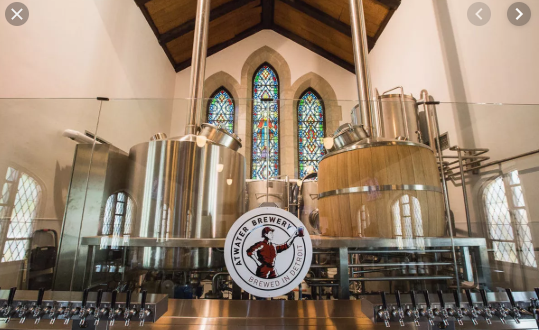 “For Atwater to continue to grow, it will require both capital and brewing expertise,” Atwater owner Mark Rieth writes in a statement. “Tenth and Blake brings both.” Based off last year’s production numbers, Atwater is now one of the five largest brewers in the state, according to the Detroit Free Press.

Atwater was founded in 1997 in Detroit’s Rivertown Warehouse District and grew to locations in Detroit, Grosse Pointe Park, and Grand Rapids. Within the last few years, the brewery added a spirits line and hard seltzers to its repertoire. In the past few years, the company has explored expansions to Chicago and Austin, Texas, though those plans never panned out. Recently, the brewery added a location in Detroit Metropolitan Airport.

The terms of the agreement with Molson Coors weren’t disclosed, but the merger is expected to be finalized “within the next couple of months.” Reith and his management team will continue to be involved with the business.