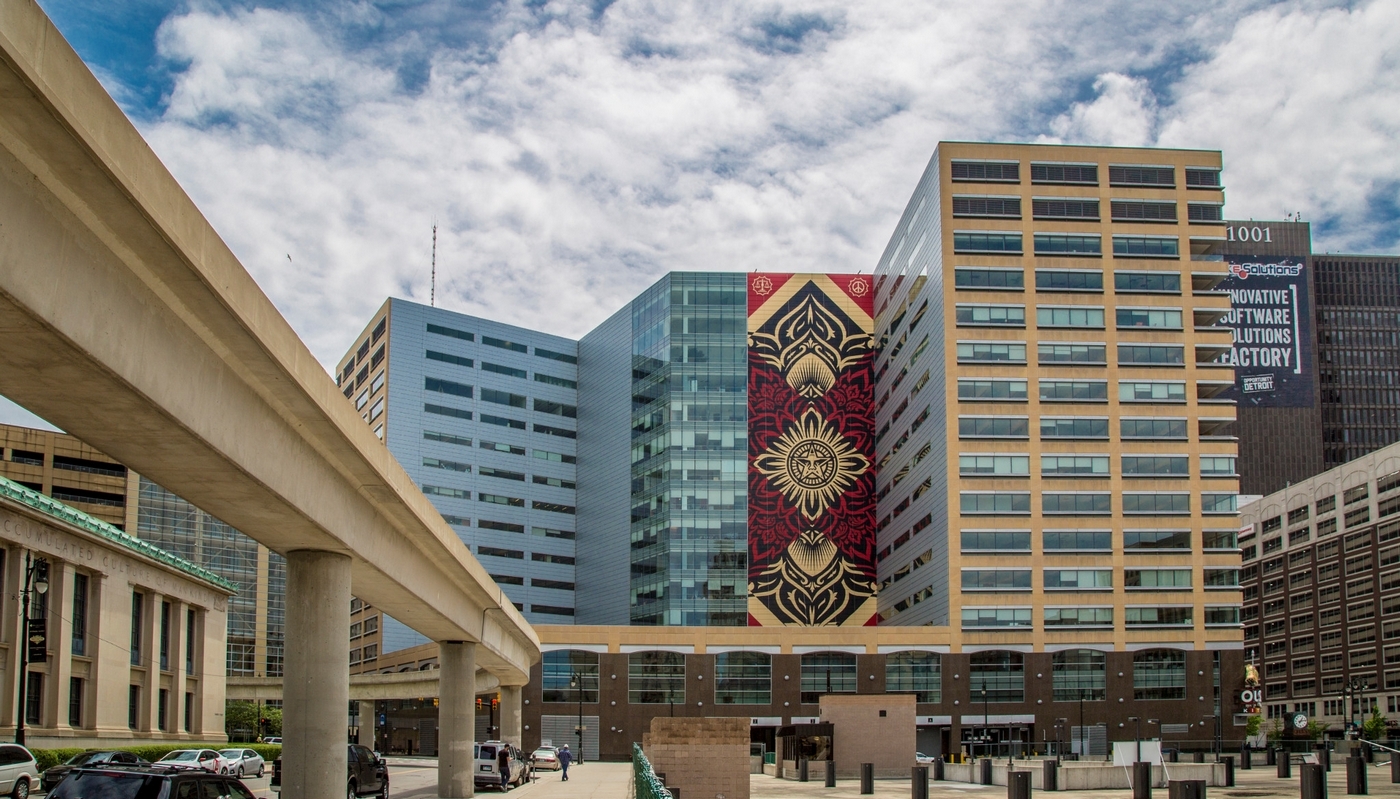 A giant mural is planned for One Campus Martius as downtown Detroit adds to its reputation as an urban art destination.

New York artists and twins Davide and Raoul Perre have been commissioned to do the 184-foot-tall by 60-foot-wide mural on the office building and adjacent to another massive mural created last May by street artist Shepard Fairey.

Organizers say the area has more than 30 murals in a one-block radius.

Some murals are in a parking garage. Nearby office buildings also feature artwork on their sides.

“The people I know all hear about what’s going on in Detroit … how things are developing,” Davide Perre told The Associated Press in a telephone interview Saturday.

“I’m just very happy that Detroit is taking that direction again. I’ve seen it more than 10 years ago and how it’s looking now. There are certain people willing to invest back in Detroit.”

“Balancing Act” is the mural’s title and depending on the weather, the identical twins could start work on it in a few days. It is expected to take seven to nine days to complete and will mostly be done in the artists’ signature red, black and white color scheme.

The primer and paint that will be used are weather-resistant, Davide Perre said. “The plan is for it to stay forever,” he said.

The brothers are known in the graffiti-art world as “How and Nosm.” They were born in Spain and raised in Germany, but now call New York City home.

They have done smaller projects in Detroit starting around 2002 or 2003, Davide Perre said.

Organizers are hoping to create some social media buzz around their mural at @BedrockArtWorks on Instagram and #HowNosmDetroit, according to Natalie Gray, a spokeswoman for Bedrock Detroit.

A gallery show at the Library Street Collective in will follow the mural’s completion.

Bedrock Detroit, Library Street Collective and Meridian Health are working together on the mural. Costs were not disclosed Saturday.

One Campus Martius is owned by Bedrock Detroit and Meridian Health and is headquarters for businessman Dan Gilbert’s Quicken Loans Inc.