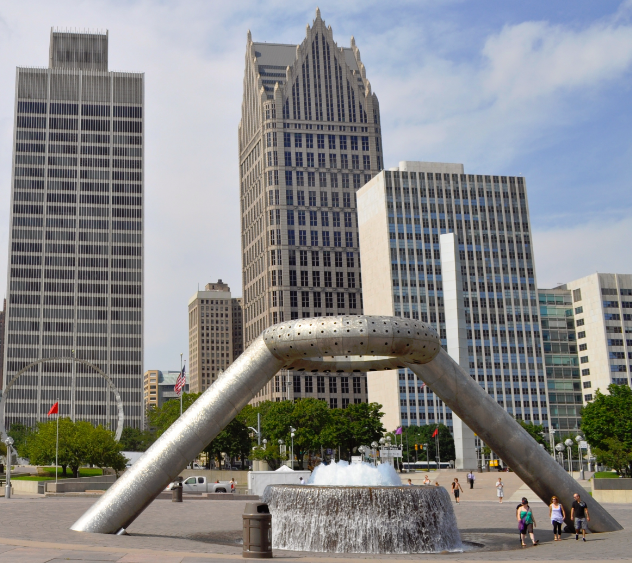 After working in outdoor advertising for 10 years in Chicago, Candice Simons recognized a gap in the out-of-home industry and a strong need for independent sales representation nationally. In order to keep advertising dollars in her hometown as well as the local communities, she moved back to Northville in 2013 to start Brooklyn Outdoor, a Detroit-based outdoor advertising company with satellite offices in New York and Los Angeles.

While a student at Winchester Elementary, Simons showed up to Career Day dressed in a suit and carrying a briefcase (complete with tassels and a combination lock) with high hopes of becoming a lawyer in the future.

“You don’t say to yourself, ‘When I grow up, I want to sell billboards,’” Simons said laughing. “It’s not something you particularly think about, but you’re always seeing outdoor advertising.”

Simons graduated from Northville High School in 2002 and said her childhood and teen years were spent at Music in the Park, in downtown coffee shops and at the Mill Race Historical Village Gazebo dancing with friends. She still keeps in touch with 15 girlfriends who she met while students at Winchester.

“Two of them have bridal showers this weekend,” Simons said.

After two years at Michigan State University and then finishing her degree in marketing with a concentration in sales at DePaul University in Chicago, Simons worked a variety of part-time jobs until she found a good career fit.

“When I graduated, the economy was booming, and unlike now, everyone was hiring, so I was fortunate to be able to be picky,” Simons said. “I interviewed anywhere and everywhere because I wanted to find something that was right. I gave a lot of thought to what I wanted to do, and since I was making good money at a bar at the time, I didn’t feel that same pressure that many graduates today feel.”

Eventually, she met a family member of one of her coworkers at the bar who owned a small advertising company. Simons said the company was just starting out, and the owners were not particularly hands-on, so she had to “wear all of the hats.”

“Chicago was an integral experience for me because the knowledge I gained there has allowed me to come back and share it with Detroit,” Simons said. “No other companies that do what I do are based in Michigan, and because of that, we have become a ‘first call’ for national companies looking for Detroit campaigns and events.”

That Detroit status is a point of pride for Simons’ company, which recently moved from Plymouth to its new loft headquarters in Detroit’s historic Eastern Market. Brooklyn Outdoor’s name originated from one of Simons’ rescue dogs who goes by Brooklyn, her grandma’s cottage that is located outside of Brooklyn, Mich. and the fact that Simons views Detroit as the “new Brooklyn.”

“Also, just like Brooklyn, I’m a little different and off-center,” Simons said. “You never know what you’re going to get with me, and Brooklyn just fits really well with my personality and style.”

In addition to Brooklyn Outdoor, Simons also operates an event company called J’adore Detroit, which features a local blog that connects readers with all the “great people places and things Detroit has to offer.”

“When I moved back, I wanted to explore downtown, and slowly I started falling in love with it,” Simons said. “I wanted people to not be afraid to come to Detroit and see what’s going on here and to explore.”

For more information about Simons and her companies, visitwww.brooklynoutdoor.com and www.jadore-detroit.com/#aboutjadore.