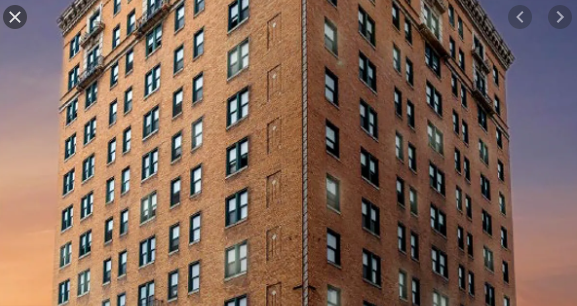 State and City of Detroit officials have approved $6.1 million in economic development incentives to turn a 13-story residential hotel in downtown that recently housed lower and moderate-income tenants into an upscale Hilton hotel.

The development group, Downtown Hospitality Detroit LLC, is planning a $50-million overhaul of the old Park Avenue House, 2305 Park Ave., to turn it into a 172-room “Tapestry Collection by Hilton” hotel featuring a first-floor restaurant and a cafe.

The building would be renamed Royal Palm Hotel, which was its original name when it opened in 1924 as a Louis Kamper-designed property for prominent Detroit hotel developer Lew Tuller.

The building most recently functioned as a residential hotel and was known for its low weekly, biweekly and monthly rates.

In late 2018, after tenants in the Park Avenue House received 30-day eviction notices, city officials provided $350,000 in federal housing funds to the United Community Housing Coalition to help those individuals find new homes and get a six-month extension to the eviction deadline. There were about 70 residents in the building at the time.