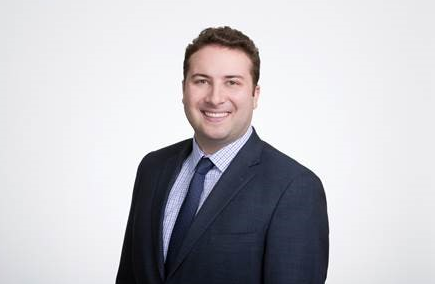 The son of founder and president Dennis Bernard has joined Southfield-based Bernard Financial Group as a member of the senior management team.  Joshua Bernard, a 26-year-old graduate of the University of Michigan Stephen M. Ross School of Business, has started his position as vice president of originations for Detroit this month.

Joshua’s father, Dennis Bernard said in an email that his son’s hiring is “absolutely about succession (planning) along with BFG being able to identify with another generation of (real estate) developers and owners that are important to our region.”

Bernard Financial Group, which opened a small downtown Detroit office a year ago in WeWork space at 1001 Woodward Ave., will now make the office full time with the younger Bernard, a city resident, running and looking to grow it.

He’s the latest son of prominent metro Detroit real estate figures to return to the family company or be elevated within its ranks. Others include Jared Friedman of Farmington Hills-based Friedman Real Estate, John Rakolta III of Detroit-based Walbridge Aldinger Co. and Jeffrey Schostak of Livonia-based Schostak Bros. & Co.