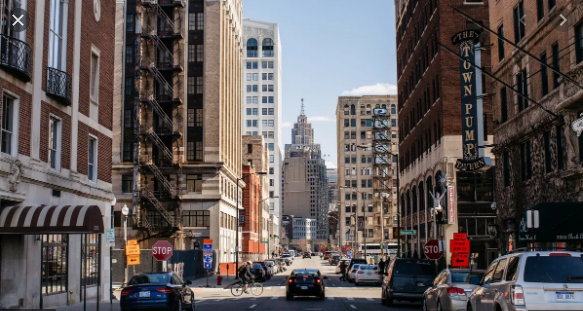 Thinking about moving to the Motor City? That’s great.

Detroit’s population has been on a steady decline over the last half-century, and the city needs some new residents.

It’s also got a lot going for it. Detroiters are some of the nicest city folk in the country. The music scene, both for local acts and as a destination for national ones, is superb. The food and beverage scene is starting to get props. It’s a mecca for Art Deco architecture—with plenty of other marvelous examples in other styles. And pretty much no matter where you’re moving from, Detroit is likely to be more affordable.

But it’s not all sunshine and rainbows. While Detroit has been the subject of breathless national stories about its “revitalization,” you should use that word with caution here. Poverty is still an enormous problem. Its public schools system is on a long road to recovery after mismanagement from a state takeover. While you’ll probably want to own a car, don’t ask about the roads. Public transit is also a work in progress. And we haven’t even mentioned winter yet.

There’s obviously a lot to consider if you’re thinking about living here. To help make your decision about whether to move to Detroit, here are 15 things you should know.

Detroit’s ascent to become, at one point, the fourth-largest city in America was on the hood of the automobile. It’s the birthplace of the assembly line, the first mile of paved road, and the first freeway; a place where unions flourished; and home to the “Big Three” automakers.

While those companies are no longer the dominant force they once were, they definitely left their mark on the city. That’s especially evident in the area’s infrastructure, which is based largely around freeways and wide boulevards.

The vast majority of people in Detroit who can afford a car, own one.

That said, the town’s infrastructure is improving.

For all the caveats about car ownership, Detroit has been investing more in its infrastructure and public spaces. The transit situation is improving. Bus ridership is up thanks to better on-time performance, more convenient lines, and a unified payment system. (Though as recently as 2011 a local transit advocacy group gave the city’s buses an ‘F’ grade after a survey found nearly 50 percent were late.)

More bike lanes are added to the roads every year. Streetscaping projects are underway across the city to make roads more walkable and bikeable. The Joe Louis Greenway, a 31-mile non-motorized loop, is in development. A Detroit bike-share program has been steadily expanding since it launched in 2018. A streetcar started running a couple years ago (though because it only goes a few miles on a single street, it’s of limited use).

Getting around without a car gets more manageable by the day.

Source: Should you move to Detroit? – Curbed Detroit