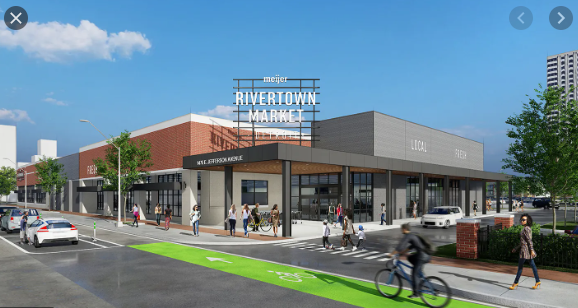 A small-format Meijer store on East Jefferson could become the first new high-profile Detroit development to break ground since the coronavirus pandemic brought the economy to a standstill.

Businessman Dennis Archer Jr., son of former Detroit Mayor Dennis Archer, said Tuesday that he and his development partners hope to start construction of the 42,000-square-foot grocery store within 60 days for a summer 2021 opening.

The store, to be built at 1401-1475 E. Jefferson Ave., less than a mile from downtown, would be the fourth small-format Meijer store concept and, like its predecessors, wouldn’t have “Meijer” in its name.

The first store, Bridge Street Market in Grand Rapids, opened in August 2018 and another, Woodward Corner Market at 13 Mile and Woodward in Royal Oak, opened earlier this year. A third, Capital City Market, is slated to open in downtown Lansing.