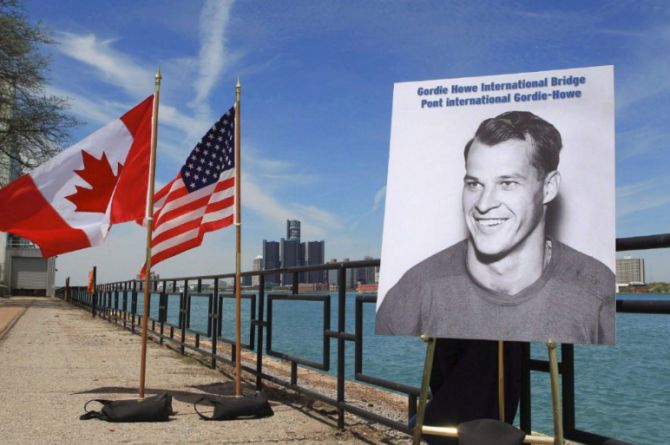 As Mark Twain might have said, reports of the death of the Gordie Howe International Bridge have been greatly exaggerated.Word that Canada last month granted the Moroun family a permit to build their long-sought new span alongside their Ambassador Bridge seemed to open the question of Canada’s commitment to the public Gordie Howe bridge project.And when the Windsor-Detroit Bridge Authority gave the three international teams of builders vying to build the Gordie Howe four extra months to get in their final bids, that, too, seemed to push back the opening date of the span perhaps to 2023, well beyond initial estimates.But there was less there than meets the eye from these developments. The Gordie Howe bridge project has been moving ahead quietly for some time now, and shows no signs of stopping. Indeed, the government of Canada’s Prime Minister Justin Trudeau has emphasized that the new bridge remains his nation’s top infrastructure priority.

Source: A Tale of Two Bridges over the Detroit River