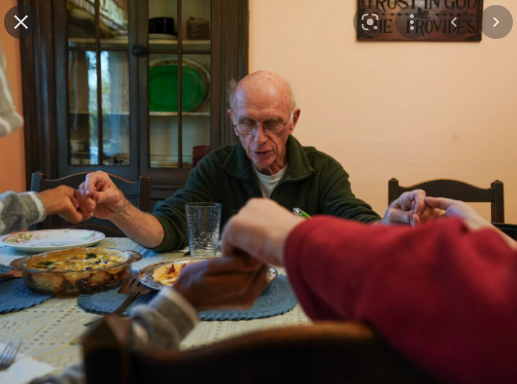 Early on a Friday morning, men and women walk, drive or ride electric scooters to the parking lot of St. Peter’s Episcopal Church in Detroit’s Corktown neighborhood. For the past 45 years, they could count on finding the Rev. Tom Lumpkin there, from 8 to 9 every morning except Thursday and Sunday, serving hot coffee and breakfast items, passing out lunches.

On a recent morning in July, the indoor dining room was closed, as it has been since the start of the pandemic. But volunteers passed out bags of sandwiches and coffee or tea in Styrofoam vessels somewhere between a cup and bowl. The line serves around 50 people each morning, providing them with lunch for the rest of their day.

In partnership with a local church, Lumpkin and three companions founded the Manna Meal soup kitchen in 1976, launching their Catholic Worker community.

The Catholic Worker Movement, founded in 1933 by Dorothy Day and Peter Maurin — two committed Catholics: one a journalist and one a scholar — was an attempt to answer the question as old as Christianity: How can the Christian believer live justly in society?

“My claim to fame is that I’m the only diocesan priest in the world who has as his diocesan assignment the Catholic Worker Movement,” said Lumpkin, who was assigned to a Catholic Worker house by his bishop.