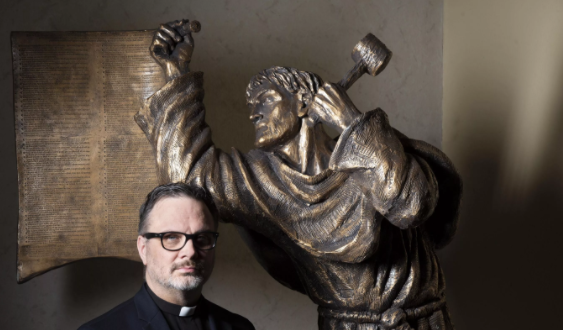 Like other Lutheran congregations across the country, Detroit’s Historic Trinity Lutheran Church proudly displays ties to the denomination’s founder.

Its tower is adorned with a stone sculpture depicting Martin Luther, the 16th century religious leader who rejected practices that he thought hindered sharing the message of God’s mercy and set fire to a papal order.

His insignia is carved into the communion rail, while murals depicting the priest’s life decorate a study.

This weekend, the congregation on Gratiot Avenue, which dates to 1850, welcomes another addition to its collection: a nearly 12-foot-tall bronze sculpture memorializing Luther as well as the 500th anniversary of the start of the Protestant Reformation.