Only one view of the resurrection does not demand blind faith 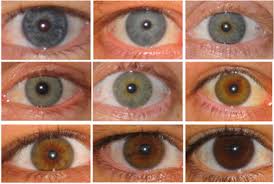 What happened 2000 years ago in Jerusalem? Any worldview worth its weight in dust must offer an answer to that question, yet one and only one view offers any evidence to support its answer. Indeed, the only thing that the Bible offers for it is evidence.

That is to say that the Gospel accounts rest entirely upon what people claimed to see and hear, and the early church deplored anything else—any accounts that were based upon visions or angels or presuppositions.

At the time that meant rejecting what we call Gnosticism (of such fame as The Da Vinci Code and The Gospel of Judas), which held that secret knowledge trumped all. “While, according to them, the orthodox relied solely on the public, exoteric teaching which Christ and the apostles offered to ‘the many,’” writes Professor Elaine Pagels of Princeton University, one of the world’s leading scholars on Gnosticism, “Gnostic Christians claimed to offer, in addition, their secret teaching, known only to the few.”1

All of the Gnostic gospels were based upon mystical revelations. As the New Testament was being written Christian leaders were already battling against such teachers, and as the church grew it continued to take them head on. “Heresy hunters like Irenaeus [130-202 A.D.] found Gnostics particularly insidious and difficult to attack,” writes Professor Bart. D. Ehrman of the University of North Carolina, another leading Gnostic scholar: “The problem was that you couldn’t reason with a Gnostic to show him the error of his ways: He had secret knowledge that you didn’t! If you said that he was wrong, he could shrug it off and point out that you simply didn’t know.”2

You couldn’t reason with a Gnostic because their faith had no basis in reason. It was blind.

Today, although Gnostic Christianity does not have much of a following, several worldviews continue to offer teachings based upon very similar arguments.

Islam for example, reveres both Jesus and the Bible, yet holds that Jesus was not crucified and did not rise from the dead. Why? Because the prophet Mohammed said that the angel Gabriel told him so in the seventh century AD. Mohammed’s teachings, which were recorded by his followers and then compiled to make the Koran, dramatically edit eyewitness testimonies in the Bible going back 2000 years, deleting such events as the Passover and the crucifixion. Yet Mohammed did not claim to witness anything but the angel. So what evidence is offered to support his claims? None: the faith is based upon faith.

While Islam teaches a single revised narrative about Christ, another very popular religion, Hinduism, offers a range of histories. One popular Hindu belief holds that Jesus traveled to India and died in Kashmir. Another is drawn from the father of the Krishna Consciousness Movement (the Hare Krishna’s), AC Bhaktivedanta Swami Prabhupada, who said that Krishna and Christ are the same.

What the Hindu views have in common is that they place a much greater emphasis upon Christ’s ethical teachings than upon what he did or claimed to be. And it is not just the Gospels that Hindus do not consider to be historical, but their own Scriptures as well. For example, Mahatma Gandhi said the Bhagavad-Gita was not a historical narrative, “but that under the guise of physical warfare it described the duel that perpetually went on in the hearts of mankind, and that physical warfare was brought in merely to make the description of the internal duel more alluring.” Similarly Hindus consider the historicity of the resurrection secondary to Christ’s teachings.

But again we ask, upon what are such beliefs about Jesus based—upon any of the eyewitness accounts? Yet if we do not believe that those accounts are true then are we all just deciding to believe what tickles our ears? Why believe what a Hindu teacher tells us about Jesus any more than what Mohammed tells us—or Joseph Smith (the founder of Mormonism) or Isaac Newton or Brad Pitt or Jay Leno?

One other very common religious teaching does not lay claim to any mystical revelations but rather to a presupposition. Naturalism, the worldview based upon evolutionary theory, begins with the assumption that the natural trumps all; therefore, nothing short of a supernatural revelation can give evidence for a supernatural Creator/Designer. So unless we actually see miracles happen then they don’t happen. Thus Jesus did not resurrect, regardless of the historical evidence, for we simply have no reason to believe in God.

Yet if science has taught us anything at all over the past two thousand years, it has taught us to have faith that no matter where we look in nature—whether we look through a telescope or through a microscope or just take a walk in the woods—we will discover rational, creative explanations. So why insist there is no rational, creative Author behind these explanations? Why presuppose that we creatures are the authors of reason and rationality (not to mention justice and righteousness)? Why emphatically claim that scientists are not translating someone else’s work—such as translating the process of photosynthesis into English and a thousand other languages—but actually authoring the explanations for life? In short, why deny all the very clear and abundant revelations of the Creator?

We have precisely zero context for such assumptions and denials. As with so many other views about God(s), they demand nothing less than blind faith.

Against all these we have the Judeo-Christian faith, which, unlike any other scripture or worldview, claims that God testifies about himself. For as one fisherman put it:

For many people Christ is only a good spiritual teacher. But to those with eyes to see he is the Good Shepherd, the Light of the World, and the Resurrection and the Life. (See John 6:35; 8:12; 10:9; 10:11; 11:25; 14:6; 15:5) And if he did not rise from the dead, if that event did not happen as the eyewitnesses said it did, then our next best choice for life is to believe and do whatever feels good—as the Apostle Paul said, “Let us eat and drink, for tomorrow we die.”

(Matt Connally is a pastor in the United States. He received an MDiv from Trinity Evangelical Divinity School, and a Bachelors of Journalism from The University of Texas, where he served as editor of The Daily Texan from 1991-92. He has also worked with Campus Crusade for Christ for several years both in the United States and Asia.)

Leadership U is an excellent resource for searchers and seekers of truth: