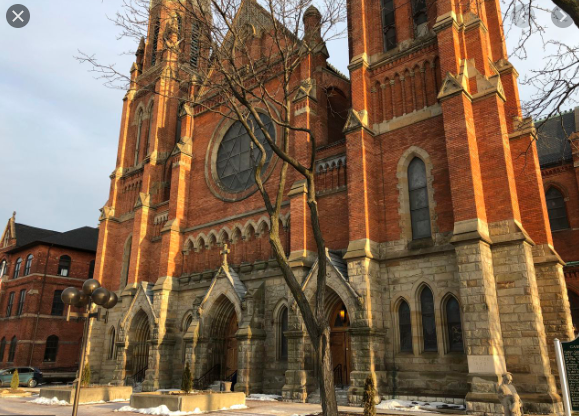 Sunday marked a momentous day in the more than 300-year history of Ste. Anne Parish in Detroit.

The historic church has been named a basilica by Pope Francis, a rare honor for a Roman Catholic parish in the United States, officials announced.

According to the Associated Press, the declaration makes Ste. Anne one of only 86 churches in the United States to carry the title of Minor Basilica — and one of just three such churches in Michigan.

The other two Minor Basilicas in Michigan are the Archdiocese of Detroit’s National Shrine of the Little Flower Basilica in Royal Oak, named a Minor Basilica in 2015, and the Basilica of St. Adalbert in Grand Rapids, named in 1980.

According to the Archdiocese of Detroit, the title is given to churches to “denote a particular importance in liturgical and pastoral life and a closer relationship with the pope.” The title of Major Basilica is only given to churches in Rome.

Established just two days after Detroit’s French founders arrived in the area in 1701, Ste. Anne is the second-oldest continuously operating Catholic parish in the U.S. The current church building was constructed in 1886.

“To demonstrate it met criteria for becoming a Minor Basilica, Ste. Anne extensively documented its heightened liturgical activity and its architectural stature. … It contains many artifacts from the so-called stone church, the church building that preceded the present structure,” the archdiocese said.

Archbishop Allen Vigneron will celebrate the designation at a Mass on Sunday, April 26.