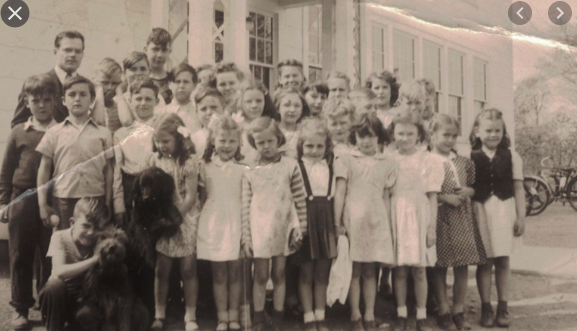 The History of St. John Lutheran Church & School in Rochester

In early 1920, a small band of first- and second-generation German immigrants living in Rochester decided it was time to stop riding the interurban car to Royal Oak to attend church services. They asked their pastor, the Rev. Otto H. Frincke of St. Paul Lutheran Church in Royal Oak, to help them form a congregation in their own town. Their first exploratory meetings were held in the home of Charles and Anna Kitchenmaster on Drace Street. On February 22, 1920, six voting members and 14 total members officially founded St. John Lutheran Church of Rochester.

The growth of the new congregation was slow at first, and the members held worship services in rented quarters for a decade and a half. The Avon Township Hall and the Opera House were used for short periods, and the congregation rented the Nazarene (formerly Universalist) church building on Walnut Street for several years.

By 1935, the congregation was able to purchase property on the northeast corner of Second and Walnut streets. A two-story residence was renovated into a chapel, and St. John officially joined Rochester’s “church district”—the two-block section of Walnut Street between Second and Fourth streets that was the home of six other congregations at the time. In addition to St. John at Walnut and Second, First Church of the Nazarene was located in the same block; St. Andrew and First Congregational each had buildings on opposite corners of Walnut and Third; First Methodist (later St. Paul) and St. Philip’s both had buildings on the north side of Walnut between Third and Fourth, and First Baptist stood on the northwest corner of Walnut and Fourth.

While every one of these seven congregations outgrew its quarters on Walnut Street and eventually moved on to build larger facilities outside of the downtown area, St. John was the first one to do so. In 1943, the congregation purchased three acres of the former Oscar Brewster farm at the corner of Fifth (now University Drive) and Helen streets. Having voted a year earlier to establish a Christian day school as the congregation’s primary mission arm, the members of St. John knew they needed room to grow. During its first year, the school enrolled 28 children, and enrollment nearly doubled in the second year. The Brewster property not only provided the space to accommodate a new church and school building in the future but also offered a barn that could house the school in the interim. The barn was promptly renovated and re-purposed for classroom space and dedicated as the new home of St. John Lutheran School in November 1945. The building would house the school for the next five years.

A new brick church seating 375 and a school wing with four classrooms was dedicated in early 1950, while the former Brewster residence became the congregation’s parsonage. However, as St. John saw its membership and school enrollment increase during Rochester’s postwar population boom, the need to build again became evident after only eight years. A gift of land from Rochester industrialist Howard L. McGregor made a large school addition possible in 1958. By 1965, planning for a new, larger sanctuary with nearly double the seating capacity was underway. The new building was dedicated in 1967 after the old Brewster house was moved to Alice Street to make way for the construction.