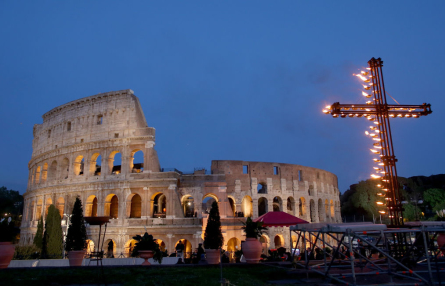 Twenty-five years ago, D. James Kennedy and I came out with a book called, What if Jesus had Never Been Born? It ended up becoming a best-seller.

The message is very simple: Because Jesus was born, look at all these incredible blessings we have throughout the world.

For instance, the Christian church created the phenomenon of the hospital and has created hospitals all over the world. Christianity has inspired some of the world’s greatest music and arts, and has expanded education from the elite to the masses — even creating the entity of the university.

Here are just a few examples of Christianity’s influence, fleshed out a bit: Prior to the coming of Christ, human life on this planet was expendable. Even today, in parts of the world where the Gospel of Christ or Christianity has not penetrated, life is exceedingly cheap. Christianity bridged the gap between the Jews — who first received the divine revelation that man was made in God’s image — and the pagans, who attributed little value to human life. Meanwhile, as we in the post-Christian West continue to abandon our Judeo-Christian heritage, life is becoming cheap once again.

In the ancient world, child sacrifice was a common practice. In ancient Rome, babies were often left to die if the father did not want them. Many Christians saved these babies and reared them in the Christian faith and helped turn the tide. Through His church, ultimately Jesus brought an end to infanticide in the Roman world.

Christianity also helped to cease the gladiatorial contests — where slaves would be forced to fight unto death for the entertainment of the crowds. And Christianity got slavery abolished in the ancient world and then again in the modern world.

Christianity managed to stop the practice in India of widow-burning. Many times a young girl would be married to an older man. When he died, she would be burned to death on his funeral pyre … until the missionaries agitated to put a stop to this. Wherever the Gospel has truly penetrated, the value of human life has greatly increased.

Here’s another example: Christianity and the Bible helped give birth to modern science, beginning in the late Middle Ages. The belief that a rational God had created a rational universe inspired so many scientists to engage in scientific exploration, looking to catalogue the laws the Creator had impressed upon His creation.

The early scientists thought of themselves as “thinking God’s thoughts after Him” (in the words of astronomer Johannes Kepler).

Source: The incredible impact of Jesus Christ – The Christian Post