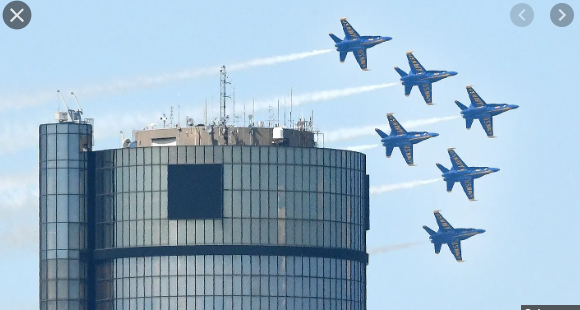 Anthony Scavella was in the Air Force long before he was in the trenches fighting COVID-19. He’s seen plenty of fighter jets. But the Blue Angels racing through the sky above Sinai-Grace Hospital in Detroit?

“That,” he said Tuesday, “was a pretty cool thing.”

The U.S. Navy’s flight demonstration team gave a six-jet salute to the people on the front lines in the battle against the coronavirus, sweeping along a path that took them over some of the busiest hospitals in the area.

At Sinai-Grace, Scavella was one of several hundred workers who gathered outside the main entrance to point and to cheer — both for the blue and yellow F/A-18 Hornets and for themselves.