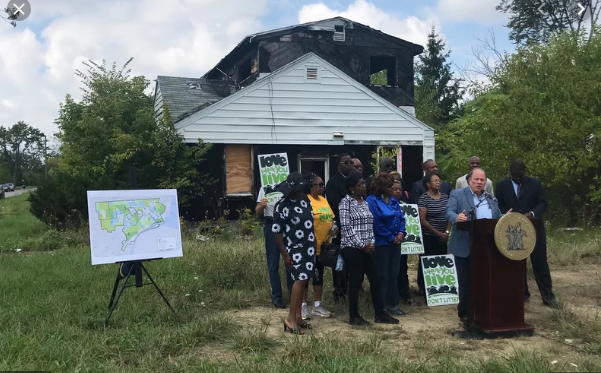 The mayor spoke on the strategy at a Monday news conference on the city’s east side.

He said he submitted a plan to Detroit City Council for approval that would put the bond issue on the March 2020 presidential primary ballot. The item is expected to be read at Tuesday’s City Council meeting and then referred to the Budget, Finance and Audit committee for its Wednesday meeting.

If met, the ambitious goal would rid Detroit of abandoned homes by mid-2025 — in five years, instead of the 13 the city said it would take using just general fund dollars.

“… There isn’t any more federal money, there’s no more state money,” Duggan said. “If we’re going to do this, we’re going to have to do this on our own. And the good news is the city’s finances are so strong and our credit rating’s improved to the point that we can sell this bond issue with no increase in taxes.”